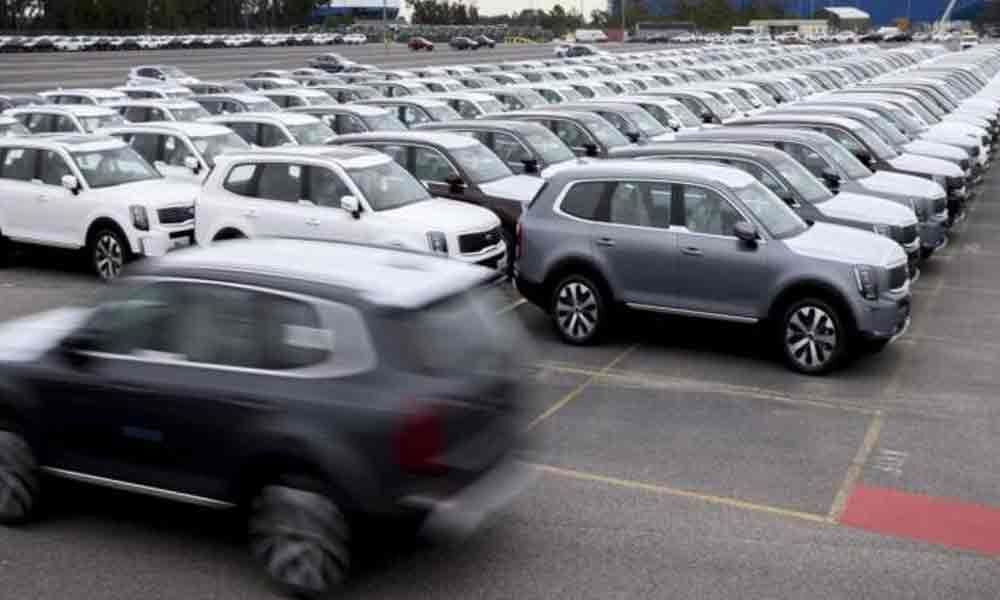 Passenger vehicle wholesales in India witnessed the steepest decline in nearly 18 years, dropping by over 20 per cent in May, as continued weakness in retail offtake forced manufacturers to cut production in order to adjust to market demand.

New Delhi: Passenger vehicle wholesales in India witnessed the steepest decline in nearly 18 years, dropping by over 20 per cent in May, as continued weakness in retail offtake forced manufacturers to cut production in order to adjust to market demand.

The passenger vehicle (PV) sales declined for a seventh straight month in May to 2,39,347 units against 3,01,238 units in the year-ago month. In fact, barring October last year, when sales were up 1.55 per cent, PV offtake has been in the negative in the ten months off the last 11 months.

The dip last month is the worst since September 2001, when sales had dropped by 21.91 per cent. All major segments, including two-wheelers and commercial vehicles, witnessed a decline in sales in May, according to data released by the Society of Indian Automobile Manufacturers (SIAM).

Vehicle sales across categories registered a decline of 8.62 per cent to 20,86,358 units from 22,83,262 units in May 2018, it added. "The downhill drive continues in May. Retail sales figures are comparatively better than wholesales which show that the industry is taking steps to cut production. Inventory correction is taking place. We have not witnessed such slowdown in the last 15 years," SIAM Director General Vishnu Mathur told reporters here.

With this kind of market situation, now is the time for the government to step in and come in with some steps to stimulate growth, he added. The government had helped the industry recover previously in 2011-12 and 2008-9 with various policy measures including cut in excise duty, Mathur said.

Terming the situation as "unprecedented", SIAM Deputy Director General Sugato Sen said the industry body has asked the government to reduce goods and services tax (GST) on all categories of vehicles from 28 per cent to 18 per cent. "The government should also come up with a vehicle scrappage policy. It would help create market for new vehicles. Also, we are seeking from government to restore incentives given on research and development in the form of weighted tax deduction to previous level (200 per cent)," he added.

Faced with low demand, the industry has been cutting production across segments. In May, the cut across segments stood at 7.97 per cent. "We are hoping that the situation may improve in the second half with pre-buy happening before the BS VI change.

Every sector is down and the government should recognise that slowdown is for real and they need to address it," Mathur said. Sen further said, "Time has come for some serious intervention to be made by the government for stimulating demand in the market. We though that post election we will see some revival but that has not happened.

This is unprecedented". On government's plan to ban internal combustion engine three-wheelers and two-wheelers to adopt electric ones by 2025, he added that there should be an intergrated and practical approach for the matter and not deadlines to convert into electric vehicles (EVs).