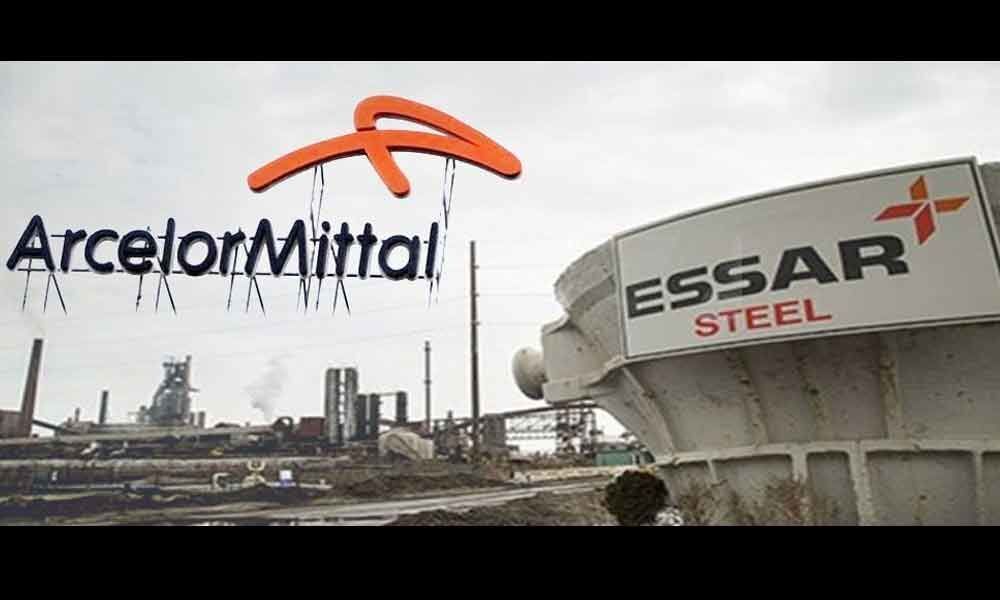 ESAHL alleged that Lakshmi Mittal was a promoter of GPI Textiles, Balasore Alloys and Gontermann Piepers - firms run by his brothers Pramod and Vinod Mittal that had been classified as NPA

Seeking ArcelorMittal be declared ineligible to bid for Essar Steel, the petition cited Section 29A of the Insolvency and Bankruptcy Code (IBC) which bars promoters of defaulting companies from bidding for stressed assets.

The National Company Law Appellate Tribunal (NCLAT) agreed to hear the plea by Essar Steel Asia Holdings Ltd (ESAHL) and asked ArcelorMittal to respond to the plea. It fixed May 13 as the next date of hearing.

It alleged that Mittal was a promoter of GPI Textiles Ltd, Balasore Alloys Ltd and Gontermann Piepers (India) Ltd - firms run by his brothers Pramod and Vinod Mittal that have been classified as non-performing assets (NPAs) or bad loans by banks.

IBC rules had previously compelled Mittal to shell out an extra Rs 7,000 crore to clear bank dues of Uttam Galva Steels and KSS Petron where he held some stake and reportedly sold his holdings in one of them for Re 1 a share.

Reacting to the development, ArcelorMittal said, "This is the latest in a long line of frivolous attempts by the defaulting promoters of Essar Steel to distract from the central fact that Indian lenders have declared ArcelorMittal as the most credible owner of Essar Steel."

"The latest allegations of the Essar Steel promoters are yet another attempt to subvert the directions of the Supreme Court and the IBC, critical government legislation.

Their assertions are irrelevant, misleading and will be rebutted in the strongest possible terms," it said in a statement.

ArcelorMittal has stated on numerous occasions that there is absolutely no business connection between Lakshmi Mittal and his brothers, the company said.

The petition by ESAHL alleged that while ArcelorMittal paid debts of Uttam Galva Steels and KSS Petron, it "suppressed and concealed from the Committee of (Essar Steel) Creditors and all courts" about NPA debts of three other companies.

It alleged "fraudulent lies, falsehood, suppression and misrepresentation" done by ArcelorMittal and its promoters before the Supreme Court, NCLAT and Committee of Creditors (CoC).

"ArcelorMittal Group have conspired to suppress vital facts and deliberately made a false statement that they are compliant under Section 29A of the IBC Code" and have completed exited Gontermann Peipers India Ltd (GPIL), GPI Textiles Ltd and Balasore Alloys Ltd, it said.

ESAHL said the National Company Law Tribunal (NCLT) had rejected its Rs 54,389 crore offer to clear all dues of both financial and operational creditors of Essar Steel, on grounds of the company was ineligible under Section 12A of the IBC.

Bidding for the 10 million tonnes a year steel mill has been one of the most hotly contested auctions under the new insolvency resolution process, drawing offers from the world's largest steel producer ArcelorMittal, mining baron Anil Agarwal's Vedanta Ltd and a VTB Capital-led consortium, NuMetal.