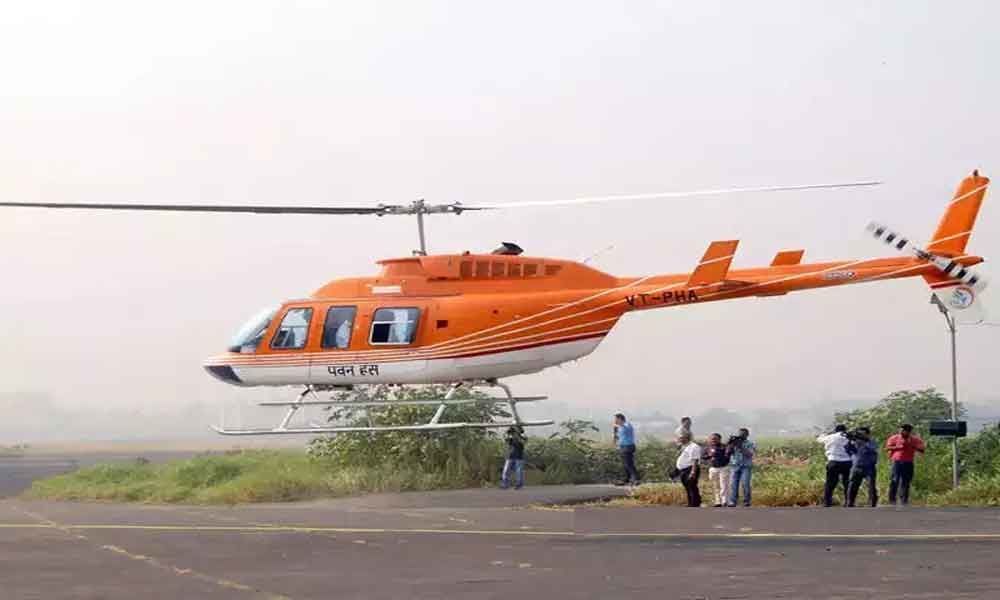 Last date for submission of Expression of Interest is Aug 22, and intimation to the short-listed bidder is September 12.

Mumbai: Making another attempt to exit from the chopper operations business, the government on Thursday issued a fresh bid document for strategic disinvestment in Pawan Hans, offering the company to bidders having a minimum net worth of Rs 350 crore.

The government holds 51 per cent stake in Pawan Hans, which has a fleet of 43 helicopters. The remaining 49 per cent is with oil and gas behemoth ONGC.

"The GOI acting has in-principle' decided to disinvestment its entire equity shareholding of 51 per cent in Pawan Hans Ltd (PHL) by way of strategic disinvestment to investor(s) along with transfer of management control ... In addition to the above, ONGC has also decided, that it shall sell its entire shareholding of 49 per cent in PHL, at the same derived price per share and on the same terms and conditions..." as per the Preliminary Information Memorandum (PIM).

This is the third time in last 16 months, the government has sought to attract a buyer for Pawan Hans, which is estimated to have posted the loss to the tune of Rs 72.42 crore in the previous fiscal.

The last date for submission of Expression of Interest (EoI) is August 22, 2019, and intimation to the short-listed bidder is September 12.

The government has appointed SBICap as its advisor to advise and manage the strategic disinvestment of PHL (Proposed Transaction).

According to the 122-page PIM, the bidder should have a minimum net worth of Rs 350 crore. In the earlier bid document, this amount stood at Rs 500 crore.

For entities which are Air Transport Service Operators (ATSOs) and hold up to 51 per cent equity share capital of the consortium, the net-worth limit and profitability will not be applicable.