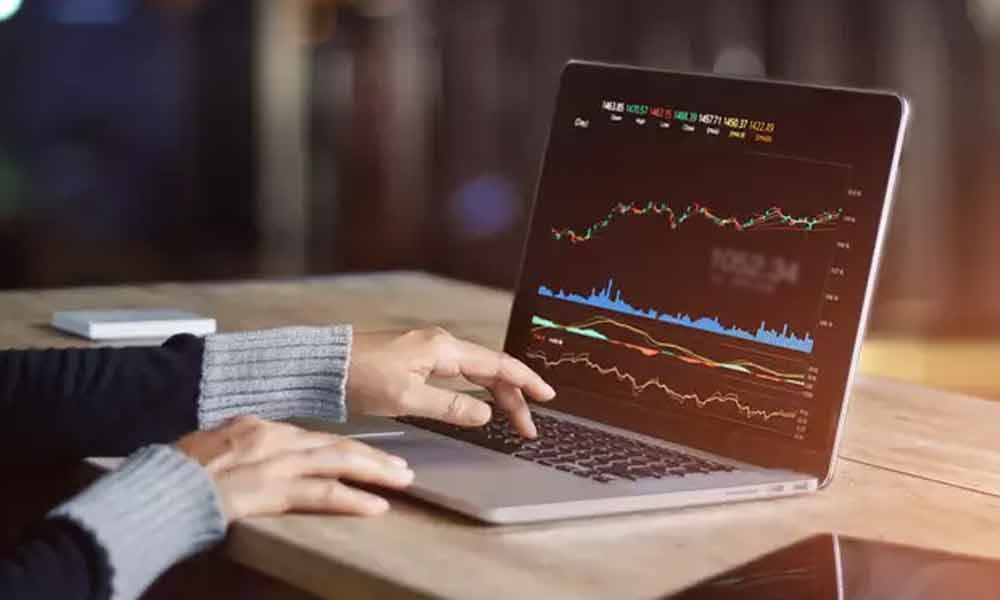 The Indian stock market remains volatile during the last week and closed negative for the third consecutive week.

The Indian stock market remains volatile during the last week and closed negative for the third consecutive week. Nifty lost 99 points or 0.84 per cent during the week and the Sensex lost 0.7 per cent.

On the sectoral front, Nifty reality and Bank Nifty closed positive with 1.3 per cent and 0.1 per cent respectively. All other sectoral indices closed negative.

Nifty formed a Bearish Belt hold formation on a weekly chart and inside bar on a daily chart. It actually reacted from the downward sloping trend line resistance.

After a big bull candle, an inside bar or a bearish Harami pattern is not a good sign and an indication of bulls are struggling to move upside. The Nifty is hovering around the 50DMA and below the 20DMA the past six trading sessions.

With the 200-point range for the whole week resulted in narrowed Bollinger Bands. These narrowed bars are an indication of the anticipated big move in the near future.

As the 20-day moving average is exactly flat now, watch which side it will bend in the next two days. The leading indicator RSI is making lower highs now and any fall below the 45 levels will resume the downward move.

The MACD histogram again increased on Friday which is an indication of increasing momentum on the downside. The most important fact is the Nifty 50 stocks cash volumes are consistently increasing for the last three weeks and recorded about 50 weeks average for the last two weeks.

This is a clear case distribution in the market. Another key fact is After reaching the above 38.2 per cent retracement level, due to lack of follow-through action it again came down to below the 23.6 retracement level.

After sharp 1000-point rally in 14 trading sessions, the Nifty corrected 379 points or 3.13 per cent in the last 12 trading sessions. The formation of these 12 days of trading looks like a Flag pattern.

In this background, If Nifty moves above Friday's high or 11820, the breakout will happen upside. The target for this breakout is about 12000 and above.

But, in any case, Nifty falls below the 11625 levels, there is more probability going down to the level of 11425 levels. This move can fill the gap, which I am forecasting for the last two weeks.

In this scenario, 11820-11625 range will critical for next week. The breakout of either side will lead to a faster move. We are exactly in the middle of the range.

As the General Budget is just 10 trading sessions away, the market may continue in the range action with little higher volatility.

There could be a fall first and followed by a rally before the budget. Stock-Specific activity will increase.

The NBFC / debt crisis will have an impact on more and more companies in the coming days. Try to be cautious on long positions with strict stop loss.

Money management skill will be to succeed in the market for the next two weeks.