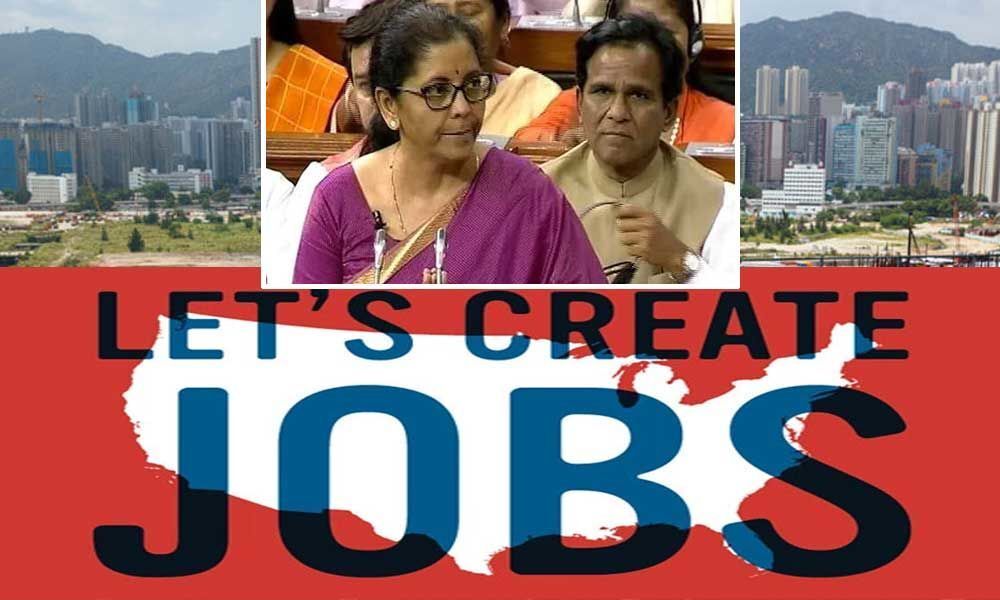 Several Non-Resident Indians and businessmen in the Gulf region on Friday welcomed India's Union Budget for 2019-20 and said that the government should focus more on job creation.

Dubai: Several Non-Resident Indians and businessmen in the Gulf region on Friday welcomed India's Union Budget for 2019-20 and said that the government should focus more on job creation.

"The key takeaways for me in this maiden budget are the stress given to rural and agricultural development, women entrepreneurship and making India the global education hub of excellence," he said. According to him, India's biggest asset has always been its young human resource and the measures taken in the fields of research and education will surely go a long way in boosting start-ups in various fields and across all economic segments. "On the infrastructure side, the plan to revitalise the Railways, the back bone of our internal trade is highly encouraging. I have always been a big advocate of PPP model of development and investments in the infrastructure sector, so obviously it is heartening to note that the government is promoting this model.

Surely many organisations will come forward to be a part of this opportunity, to spur faster growth," he said. Ali said that as an NRI, he is extremely happy to note that Aadhaar issuing process has been simplified. "I am eagerly looking forward to the proposed Annual Global Investors Meet especially now that the NRI investment in the country would be made much easier by merging NRI portfolio route with foreign portfolio investment," he said. Firoz Merchant, the Chairman of Pure Gold, said the Budget is a clear attempt to simplify processes and compliances. "Overall I feel the economy is moving in the right direction but with baby steps," Merchant said, adding that it lacks, however, clear steps on boosting the economy and employment. Kamal Vachani, Group Director al-Maya Group, welcomed the proposal related to Aadhaar cards, which will be issued for Indians travelling back without waiting for six months.

"Steps easing restrictions on media, aviation and infrastructure are welcome steps as NRIs can now invest in these sectors," Vachani said. "Significant point is that corporate tax reduced to 25 per cent for companies with turnover up to Rs 400 crores. This covers more than 90 per cent of companies. It will be a big relief for home buyers who have taken loan," he said. Obaidur Rahman, Chairman of Bihar Foundation in Saudi Arabia, said the budget is for the poor and the middle-class. "I would like to congratulate the NDA government. It will benefit the middle-class taxpayers, small businesses, the poor and marginalised greatly.

It is definitely a pro middle class budget," he said. Paras Shahdadpuri, Chairman of Nikai Group of Companies and President of Business Leaders Forum, said it is a politico-socio-economic budget covering the entire spectrum of the NDA's manifesto promises, bringing together woman power representing 48 per cent of the population and building foundation for USD 5 trillion economy in the next 5-6 years. India is a complex country and every year the finance minister has to walk on a tight rope from balancing the spends on the economically weaker and underprivileged population of India to feeding the appetite of the industry for economic growth to keeping the vote bank happy.

"I feel the finance minister has done a good job in promoting rural India which can generate new jobs while releasing the pressure on urban cities by announcing Gaon Garib and Kishan schemes; by promising power and gas to every single household by 2022 and by handing over 20 million rural homes; by building 100 million toilets making India free from open defecation. Pension to 35 million with turnover of Rs 15 million," Shahdadpuri said. Key steps on connectivity is laudable. Sagarmala, national electricity grid, connecting rivers, huge spends on railway network will boost domestic and export economy. Ease of Living and Ease of Doing Business is a welcome slogan. Increased digitisation will not only mean Ease of Living but considerably reduce corruption and human interaction. Tax relief up to Rs 5 lakh, reduction in Corporate tax of 25 per cent with turnover of Rs 400 crores are welcome steps.

Support to start-ups will encourage youth entrepreneurship. It is good that PAN/Aadhaar has been made interchangeable. "I think the GST is now reaping benefits by better and simplified collection. One Nation One Tax system is extremely helpful. "For the first time, role of the NRIs was mentioned twice and I am glad they consider diaspora as an important contributor to Indian economy," Shahdadpuri said. However, major steps to create jobs were not visible. More allocation on Health and Education could have been announced. Revenue side was not fully spelt out. "I would give the finance minister 7.5/10 for the Budget," Shahdadpuri said. Water resource is the next most important issue for the world, and it is good that a new Jal Shakti Ministry is being set up in India, he added.