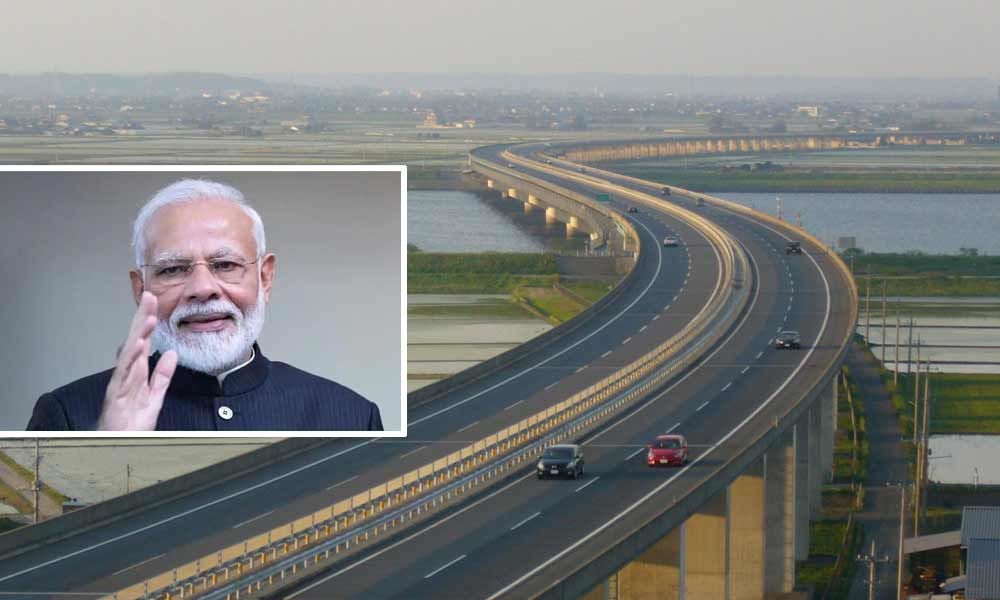 Prime Minister Narendra Modi today laid the foundation stone for the Bundelkhand Expressway and launched the Har Ghar Jal Scheme to provide piped water to the households in Bundelkhand region at Chitrakoot in Uttar Pradesh.

The 296-kilometre long Bundelkhand Expressway and Har Ghar Jal Yojna will be instrumental in solving the 2 major problems of Bundelkhand region and they are drinking water and unemployment. The proposed Bundelkhand expressway will pass through the districts of Chitrakoot, Banda, Hamirpur and Jalaun.

The expressway will link the Bundelkhand area to the national capital Delhi through Agra-Lucknow expressway and Yamuna expressway and play a vital role in the development of Bundelkhand region. The expressway will not only connect this backward region to the national capital region but will also support the nodes of Bundelakhnd Defence industrial corridor. India has huge defence equipment requirements spanning from land systems, ships and submarines to fighter aircraft, helicopters, weapons and sensors.

The requirements are worth over 250 billion dollars by 2025. To fulfil the requirements, the government had announced setting up of Defence Industrial Corridor in Uttar Pradesh during the Investors Summit on 21st February 2018 at Lucknow.

Apart from this, the Prime Minister also launched 10 thousand farmers Producer Organisations (FPOs) all over the country on this occasion and distributed Kisan Credit Cards (KCC) to the beneficiaries of the PM-Kisan scheme.

The farmers' Producer Organisations (FPOs) that was launched today will help small, marginal and landless farmers to give them the strength to deal with issues like lack of access to technology, quality seed, fertilizers and pesticides including requisite finances and in the marketing of their products. The Centre will provide a fund of Rs 15 lakh to each FPO.

Kisan Credit Card (KCC) has been given to the beneficiaries of PM Kisan scheme and it will help farmers in availing short term loan using these cards.

A massive distribution drive is being held today during which KCCs will be issued to farmers at bank branches spread across the country.