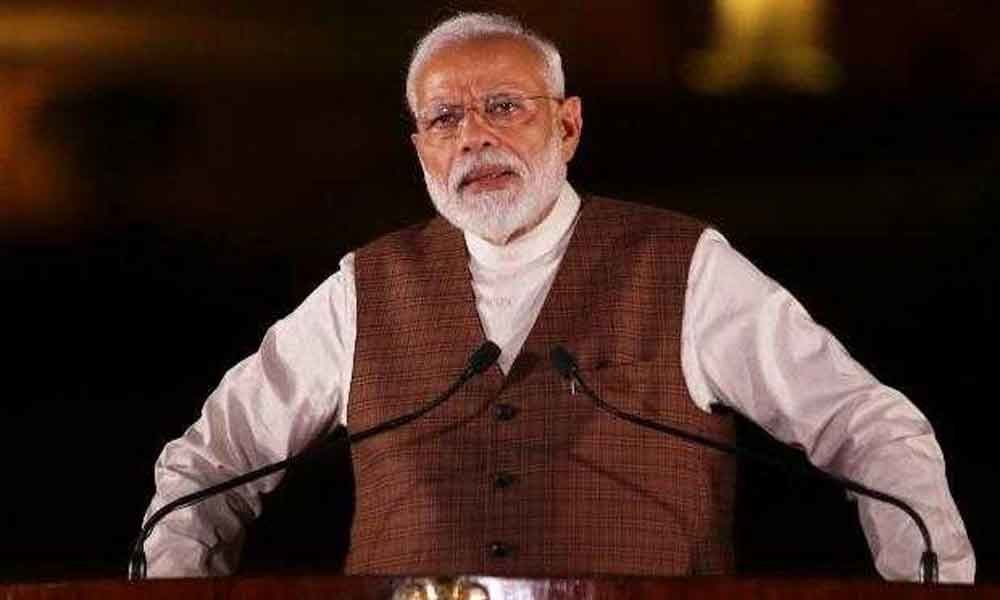 During his day-long visit to his parliamentary constituency, Varanasi, Mr Modi flagged off the Mahakaal Express to link Varanasi, Ujjain and Omkareshwar via video conferencing. He also dedicated Pandit Deendayal Upadhyay Memorial Centre to the nation.

The train, which will start commercial service from February 20, 2020, and will connect the three Jyotirling pilgrim centres of Varanasi, Ujjain and Omkareshwar.

During his visit to the city, he went to Jangam Badi Math and offered prayer and addressed the closing ceremony of the Centenary Celebrations of Shri Jagadguru Vishwaradhya Gurukul at Jangam Badi Math. While addressing the ceremony, he said our conduct as a citizen will determine the future and direction of a new India. He also stressed that the country is formed not just from the government but from the culture and values of every citizen.

The Prime Minister said that our nation has been created not by power but by the culture and ability of our people. He also released the translated version of the Shri Siddhant Shikhamani Granth in 19 languages and a mobile app of the Granth.

"This memorial (of Deendayal Upadhyaya) which has been built here and this grand statue which has been installed will continue to inspire generations to come, the ethics and thoughts of Deen Dayal Ji will inspire," Modi said.