Reliance AGM: Jio Fiber to be available from September 5 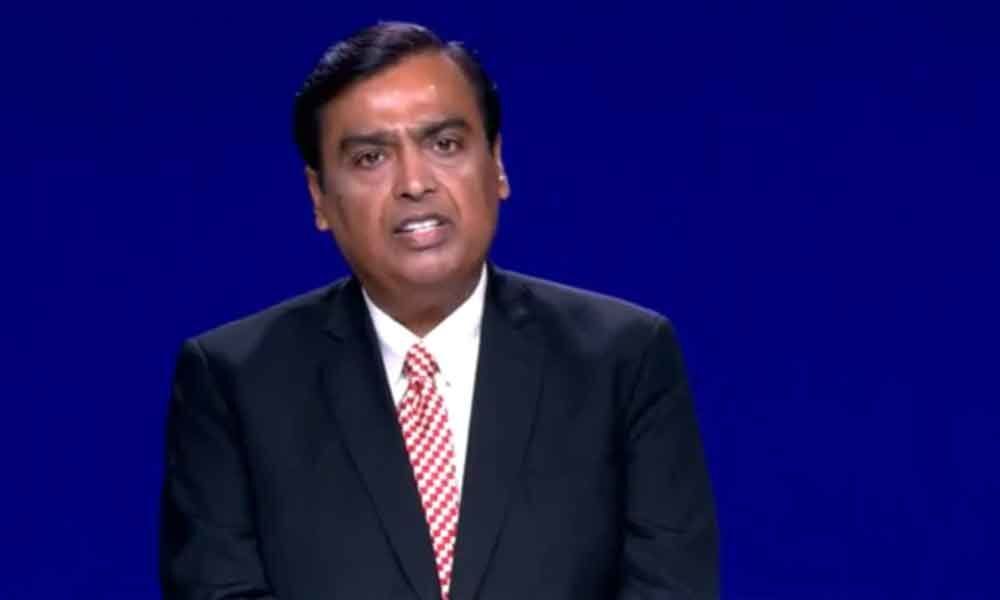 Mumbai: Reliance Group Chairman & Managing Director Mukesh Ambani has said that Joi's IoT platform would hit the market on January 1, 2020. He said that IoT, home broadband, entertainment and MSME broadband would be the next growth engines for Jio. He was speaking at the 42nd Annual General Meeting.

The chairman said that the Jio fiber rollout would be completed in the next 12 months. He said that the target is to connect 20 million residents and 25 billion businesses on Jio GigaFiber. Joi Fiber aims to empower 2.4 million SMEs, he added.

Jio Fiber will be available from September 5, 2019. It will be priced at Rs 700 to 10,000 per month. For Rs 500, the customers can avail unlimited international calling. Movies can be watched on the same release date through premium Jio Fiber, 'Jio First Day First Show,' he said. Jio and Microsoft have entered into an alliance and as part of it, Microsoft will bring the Azure platform to Jio, he said. Reliance Jio will install one of the largest Blockchain networks in the world in India, he added.

Mukesh Ambani said that Jio institute would be the country's largest research university. Speaking about the Reliance Foundation, he said that the foundation has touched the lives of some 29 million people.