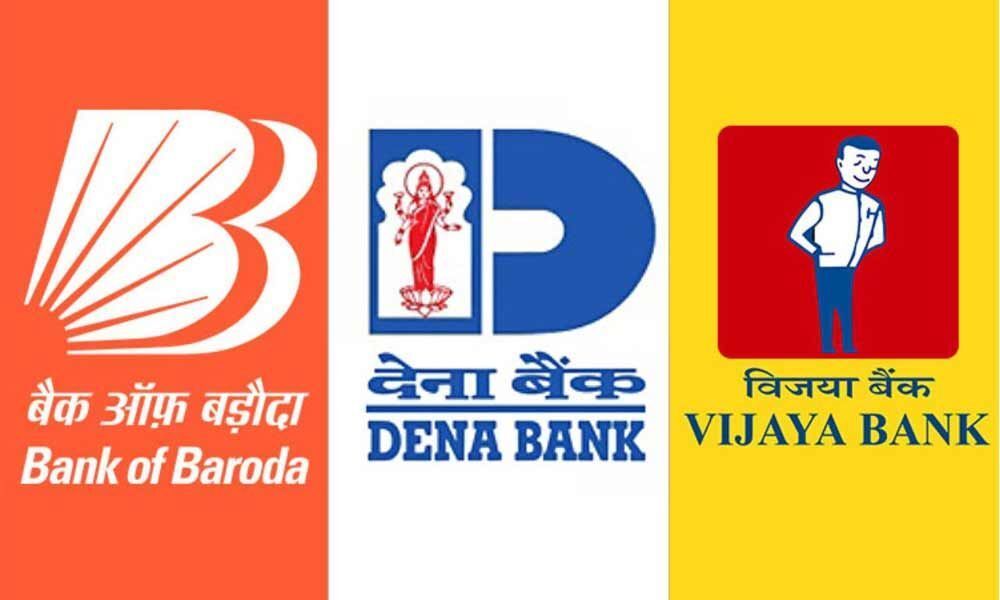 In a first three-way amalgamation, Vijaya Bank and Dena Bank will merge with Bank of Baroda (BoB) from April 1 to create the third-largest lender of the country.

New Delhi: In a first three-way amalgamation, Vijaya Bank and Dena Bank will merge with Bank of Baroda (BoB) from April 1 to create the third-largest lender of the country.

To make merger a smooth affair, the government last week decided to infuse Rs 5,042 crore in BoB to enhance its capital base to meet additional expense. According to the Scheme of Amalgamation, shareholders of Vijaya Bank will get 402 equity shares of BoB for every 1,000 shares held.

In the case of Dena Bank, its shareholders will get 110 shares of BoB for every 1,000 shares. The government in September last year announced the first-ever three-way consolidation of banks in India, with a combined business of Rs 14.82 lakh crore, making it the third-largest bank after State Bank of India (SBI) and ICICI Bank.

As part of the reform process, the government had also announced transfer of majority 51 per cent stake to Life Insurance Corporation (LIC) in IDBI Bank in August last year to transform the Mumbai-based lender.

Besides, the Department of Financial Services made a record capital infusion of Rs 1.06 lakh crore in the PSBs in the current fiscal.

As a result, five public sector banks including Bank of India, Corporation Bank and Allahabad Bank were out of the prompt corrective action framework of the RBI earlier this year.