And It's A Wrap for Marjaavaan Says Rakul Preet 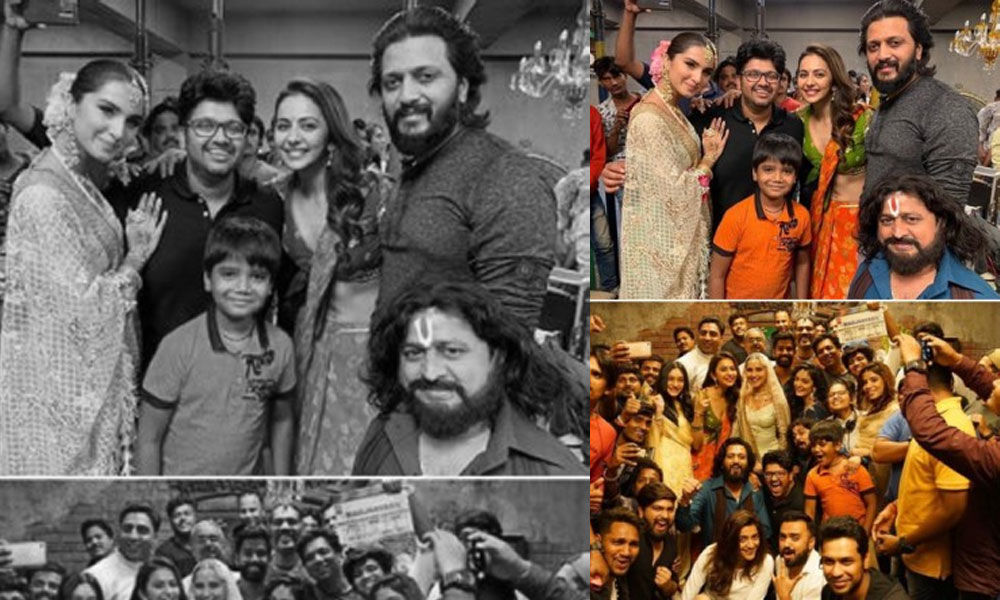 Actress Rakul Preet Singh wraps the shooting of the forthcoming thriller Marjaavaan and shares candid pictures and note on her social media profile.

Actress Rakul Preet Singh wraps the shooting of the forthcoming thriller Marjaavaan and shares candid pictures and note on her social media profile.

Rakul Preet, who will share screen space with actor Sidharth Malhotra, after sleeper hit Aiyaarry, thanked the entire team for such a fun ride.

She wrote, "And it's a WRAP for #Marjaavaan...it's been such a fun ride!! thnkuu @milapzaveri for this lovely experience and dialoguebaazi...seetimaar totally!!! @sidmalhotra PS- we missed you on last day of [email protected] you are such a delight to work with Thanku .. @tarasutaria__ so much fun shooting with u too u lovely girl BIG THANKU to the entire team...Cyu on OCT 2nd"

The film recently finished its shooting and now the film post-production are in full swing. Directed by Milap Zaveri, "Marjaavaan" is an action-thriller. It also stars Riteish Deshmukh and newbie Tara Sutaria in a pivotal role.

Marjaavaan went on the floors in December and as expected wrapped up in March. Most of the shoot will be wrapped up on a massive outdoor set which is presently being constructed in Mumbai.

The film will release on 2nd October.