Boney Kapoor clarifies about the rumors on Janhvi 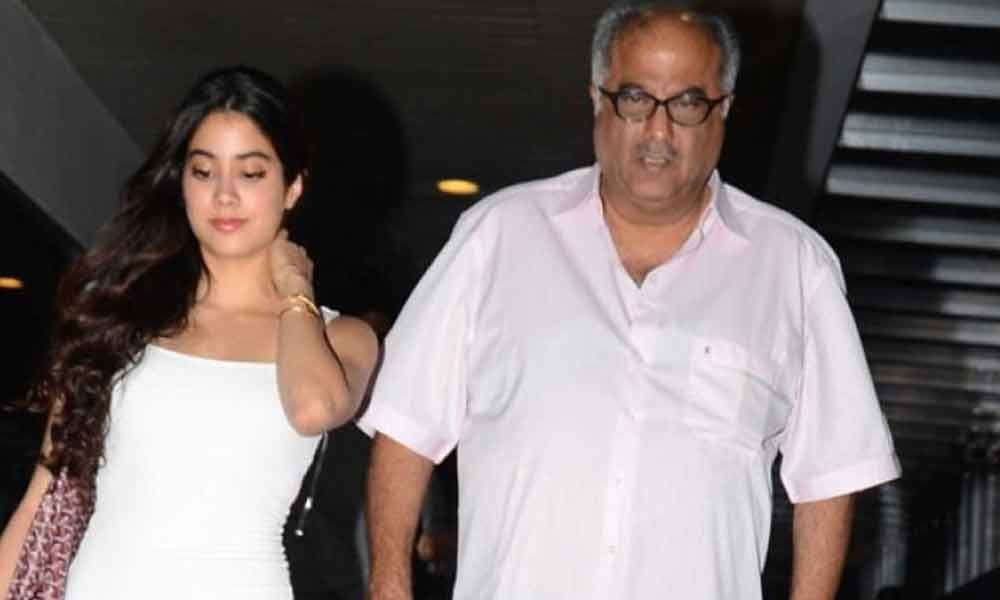 Late actress Sridevi's daughter Janhvi Kapoor made her debut into films last year with the romantic drama Dhadak. Since her launch into the film, it is being speculated that Janhvi will be foraying into the South cinema as well and balances the career in both the North and South industries, just like her mother.

It was rumored that she has been approached to play the female lead role in big Telugu films like Vijay Deverakonda's Fighter, RRR, and Sarileru Neekevvaru but she turned them down as she didn't want to enter the South film industry. Janhvi's father and noted producer Boney Kapoor quashed all these reports as mere rumors.

In an official press note, he stated that all of his family members are huge fans of South Indian films and remain to do so. He stated, "Sridevi has done so many films down the south and has a great relationship with Krishna Garu and Chiranjeevi Garu, and other stars. Janhvi is open to doing South Indian films provided the right script falls in place. We are looking for that opportunity to arise, but so far that has not materialized yet."

"All the rumors of her rejecting movies of top stars and not wanting to work in the South re baseless," he further added.