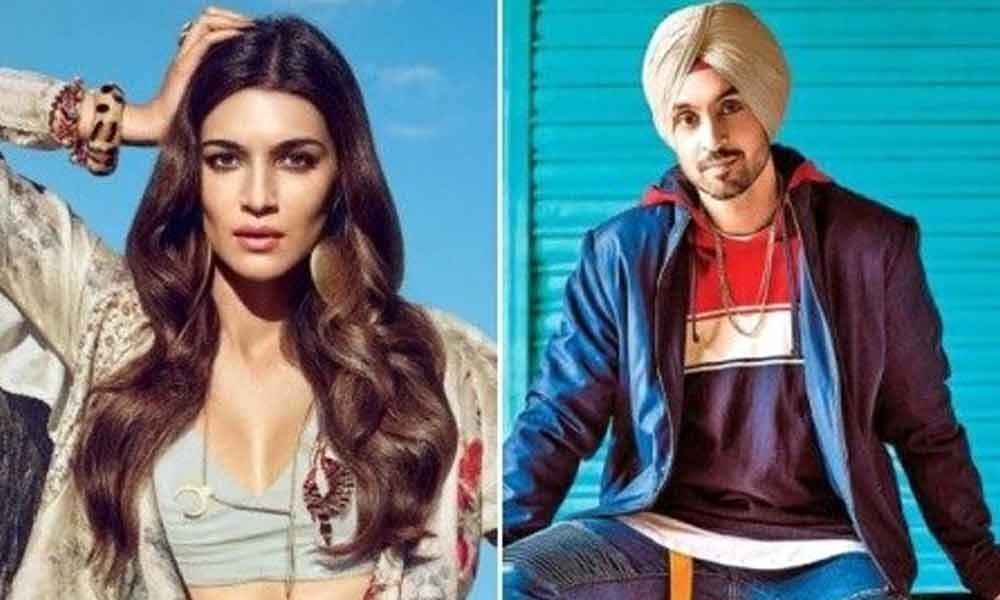 Talented diva Kriti Sanon, who is geared up for the releases of her comic caper Arjun Patiala says that Diljit Dosanjh is a brilliant actor on the sidelines of an Award show here in Mumbai.

Talented diva Kriti Sanon, who is geared up for the releases of her comic caper Arjun Patiala says that Diljit Dosanjh is a brilliant actor on the sidelines of an Award show here in Mumbai.

Kriti Sanon and Diljit Dosanjh will be seen sharing screen space in Arjun Patiala, which is a romantic cop spoof comedy film directed by Rohit Jugraj.

Talking about working with Diljit in Arjun Patiala, Kriti said, "Diljit is a brilliant actor. I think what really amazed me is that we had not really met before so much, and when we did our first scene together, the scene didn't had any dialogues, it was montage of a song, but chemistry was there, from the get go. There was action and reaction, nothing was planned. So I think when you have a brilliant actor in front of you, the chemistry gets set from the first scene"

The film has been delayed many times and now Kriti Sanon finally shed some light on its release date. She said, "It is releasing on 19th of July and the trailer will be out accordingly and it is completely different kind of comedy film. It is slightly spoofy kind of comedy. I don't think that kind of take on comedy has done before. It is shaped up really well. It got amazing music and I am also looking forward to the film to release because I shot the film before Luka Chuppi and Hosuefull"

Kriti Sanon last few releases (Bareilly Ki Barfi, Luka Chuppi) has been comedy dramas and actress says she love the comic genre as it is the most difficult one.

She said, "I love comedy, I think it is really difficult to make people laugh firstly and it is also very important with of stress we'll have in our lives. When audience goes into the theaters, and you can manage to make them laugh, and forget all their stress, there is nothing better than that and I am happy that I am getting opportunity to do comedy back to back"

Kriti Sanon has been treating the audience with varied characters giving a testimony of her versatility. The actress was last seen in Kalank's special song, got Housefull 4 and Panipat in her kitty.