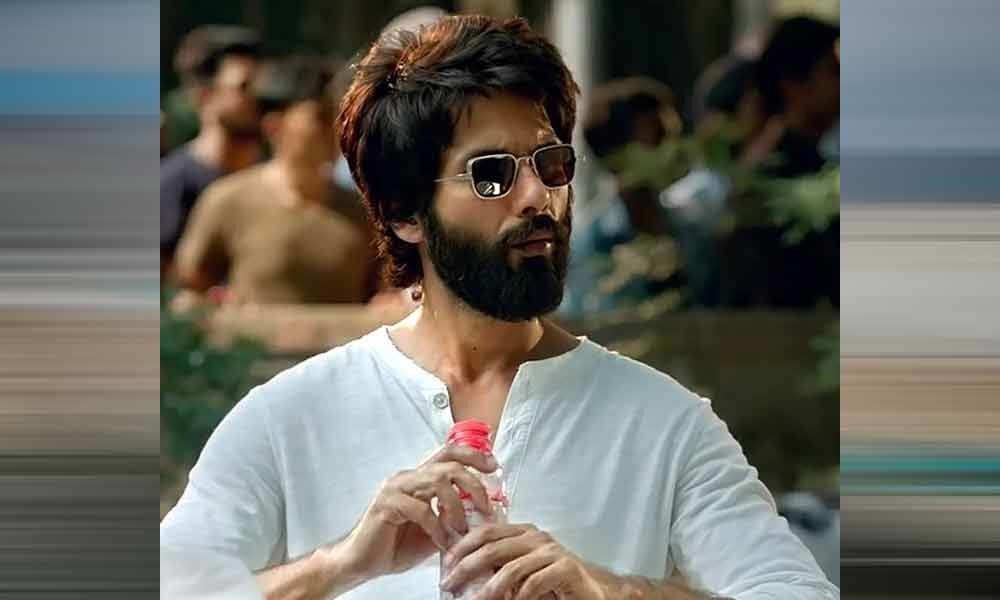 Actor Shahid Kapoor, who is gearing up for the remake Kabir Singh is straight from the heart kind of film. Shahid Kapoor along with Kiara Advani...

Actor Shahid Kapoor, who is gearing up for the remake Kabir Singh is straight from the heart kind of film.

Shahid Kapoor along with Kiara Advani and makers of the film released the trailer of Hindi remake Kabir Singh.

Kabir Singh is an intense love story; it is a very beautiful love story and please don't get drawn into the fact that there is alcohol, cigarettes and things like that are shown in the film. Sometimes to show the pain a man goes through, you need to use certain things to help the audience understand that and there is a lot of honesty in the film"

Talking about his character, Shahid said, "It is very different than the character I've played before. Everyone thinks it a very edgy role and drawing parallels to my role of Tommy Singh in Udta Punjab and some portion of Haider, where I was playing little insane. This is love story and the insanity is because of the fact that the man has a broken heart, and there is deep emotion, at the heart of this film.

The actor also stated that Kabir Singh role a golden opportunity as an actor. He said, "The character happens to be very entertaining but really his emotional arc was so exciting that even though Arjun Reddy is a cult film, and personally believe you should not try and remake cult films, because something is so beautiful already, why spoil it"

"But I was inspired by the world of this film, the way Sandeep has told the story and the character of Arjun Reddy, which is now Kabir Singh that I wanted to take a shot at it. It is a golden opportunity as an actor. I have put heart and soul into this film. It has been a long hard and intense journey. I really hope that the people can feel the pain, angst and love that Kabir Singh is honestly trying to depict"

The film is written and directed by Sandeep Vanga, is jointly produced by Cine1 Studios and T-Series, and is scheduled for a theatrical release on 21 June 2019.