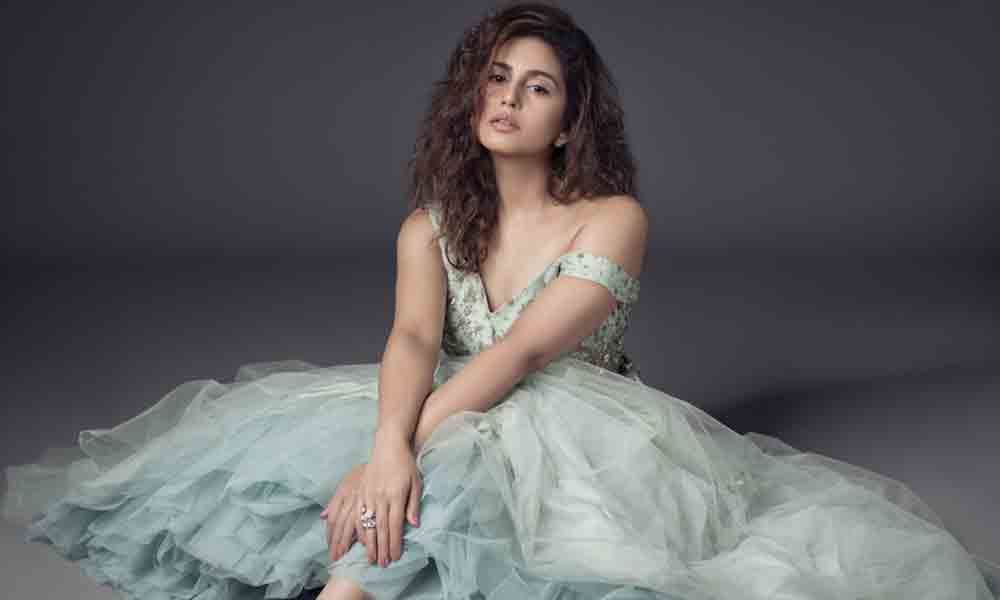 As Shalini, who sets out on an arduous 16-year-long search for her missing daughter born out of a 'mixed' marriage in the latest dystopian show "Leila", actress Huma Qureshi felt challenged to push her boundaries and play the role with full justice and honesty.

As Shalini, who sets out on an arduous 16-year-long search for her missing daughter born out of a 'mixed' marriage in the latest dystopian show "Leila", actress Huma Qureshi felt challenged to push her boundaries and play the role with full justice and honesty.

Based on Prayaag Akbar's 2017 novel of the same name, "Leila" showcases the fight of Huma's character for her lost daughter amidst undesirable situations and frightening experiences in the fictional world of Aryavarta.

"It has been a gratifying journey for me. I have never played such a strong character before this show. With this character, I have pushed myself as an artiste. I really had to go deep into the story.

"Playing a mother on-screen was quite difficult because it was not only about being a mother...it was more about inheriting the qualities of Shalini who fights against the evils to find her daughter. Shalini demanded strong emotions and to portay them correctly, I had to prepare a lot," Huma told IANS.

The gritty six-episode Netflix series also delves into the issues of authoritarian rule, class and religious divide and environmental crisis, apart from depicting a mother's search for her daughter.

While talking about the societal and political issues prevailing in real life, Huma said "Leila" is quite relevant to present times.

"I really believe in the story. Every day, we read so much on Twitter or in newspapers that this happened, that happened...but we move on and ignore it. We hardly do anything about it. But when we get stuck in a particular situation and that situation starts affecting us, then we do something about it. "The same thing happens with Shalini in the show. So despite being set in a dystopian world, this show holds some elements related to present times too."

Huma considers "Leila" a show of a lifetime.

"Earlier, heroines were not given proper and important roles in the films....Only heroes were doing the main job. But now it is changing. Our women are changing the game. They are turning into producers, directors and what not. Films and shows are now being made around women. For the first time in my life, I got the opportunity to play such strong character where 'she' is the main lead and hero of the story.

"There is a long way to go. We need more stories about women for women and from women," Huma added.