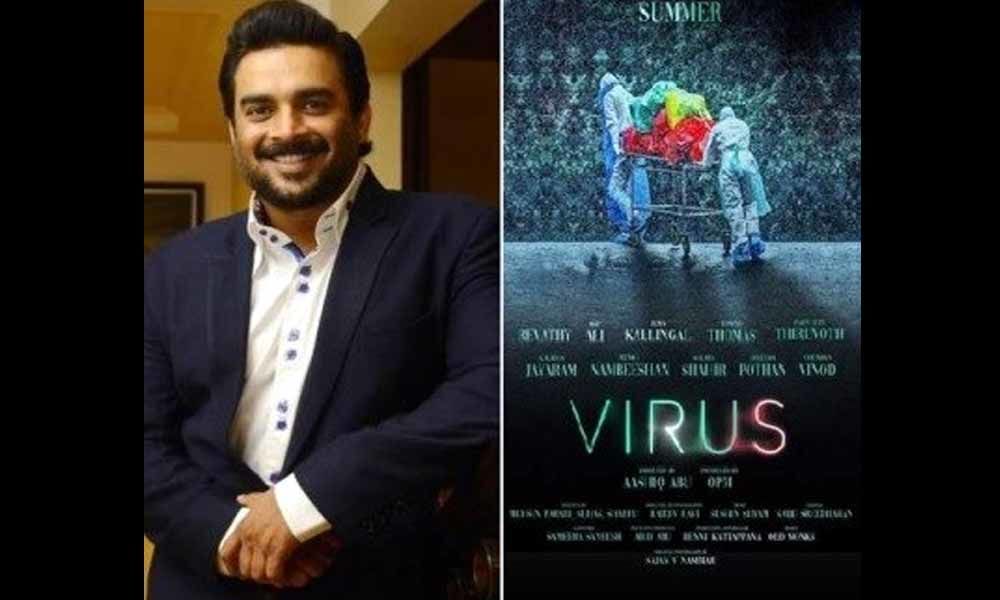 R Madhavan drops the trailer of Virus, a unique story of fear, fight and survival, on his social media and wishes the entire team “Good luck” with the forthcoming thrilling medical drama.

R Madhavan drops the trailer of Virus, a unique story of fear, fight and survival, on his social media and wishes the entire team "Good luck" with the forthcoming thrilling medical drama.

Actor Ranganathan Madhavan took to his Twitter profile and dropped the trailer. He wrote, "All the very best guys...May this @ film catch in line a virus"

The film is directed by Aashiq Abu and written by Muhsin Parari, Sharafu and Suhas, chronicles the aftermath of Nipah outbreak in Kerala's Kozhikode. The trailer is intense, the filmmaker have whipped up a gripping thriller that captures the mood of the country's medical nightmare.

The chase to find the origin of virus and to make matter worse, there is no known cure of it, the mass fear and outbreak, has been stunningly captured. The trailer puts the focus on emotions like paranoia, helplessness, kindness, and guilt that are likely to drive the plot, which is based on real-life incidents.

Meanwhile, R Madhavan is geared up with "Rocketry: The Nambi Effect" which is a biographical drama film based on the life of Nambi Narayanan, a former scientist and aerospace engineer of the Indian Space Research Organisation who was accused of espionage.

The film is written, produced and directed by R. Madhavan, who also stars in the lead along with Simran.