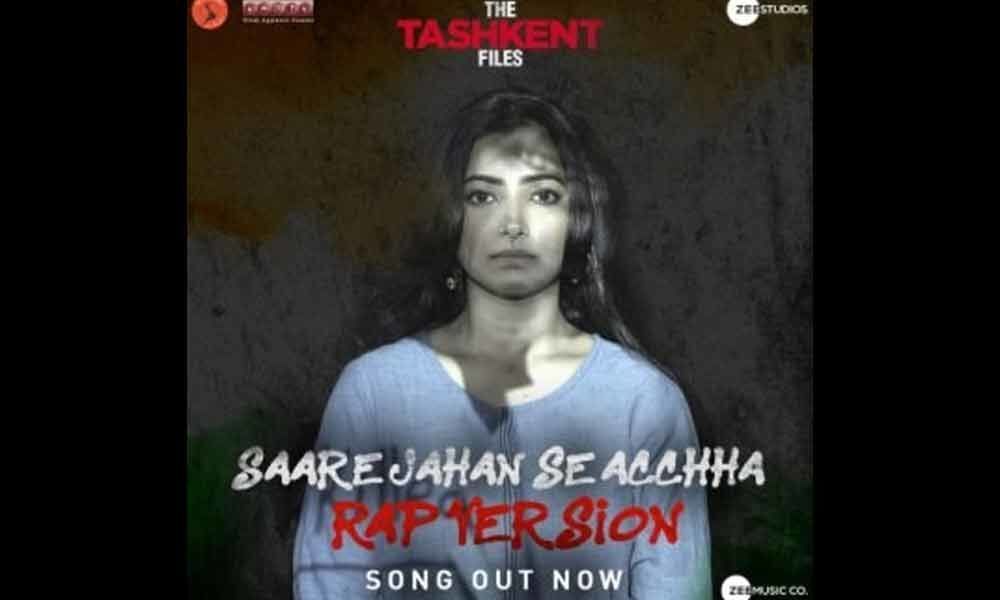 The first official song from political thriller, The Tashkent Files, is out! The song is titled Saare Jahan Se Accha, and it deserves applause to its...

The first official song from political thriller, The Tashkent Files, is out! The song is titled Saare Jahan Se Accha, and it deserves applause to its creative writing and amazing rap-beats!

The filmmaker Vivek Agnihotri and music composer Rohit Sharma have written the song, which is so poignant, looking at current political scenario.

"The Tashkent Files", a film on the mysterious death of former Prime Minister Lal Bahadur Shastri, who was the second Prime Minister of India, passed away on January 11, 1966 in Tashkent, hours after signing the 'Tashkent Declaration', a peace agreement between India and Pakistan after the 1965 war that took place between the two countries.

After signing the treaty, Shastri mysteriously passed away in Tashkent. It was said that he passed away due to a heart attack. However, his family and followers suspected foul play.

The film is slated to hit the screens on April 12.