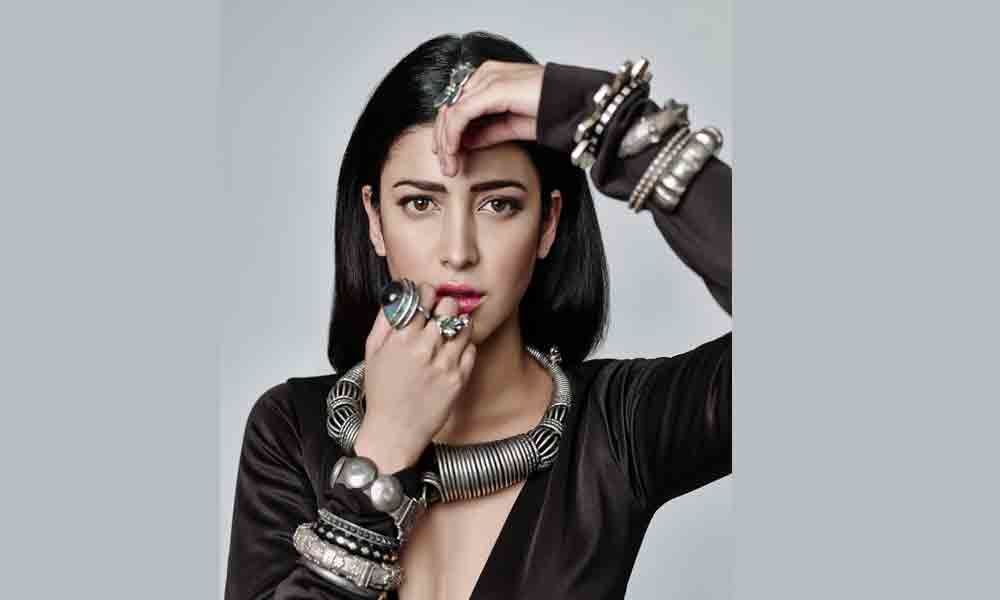 Actor-singer Shruti Haasan has lent her voice to a song in Prabhudheva and Tamannaah Bhatia starrer forthcoming horror movie ‘Khamoshi’.

Actor-singer Shruti Haasan has lent her voice to a song in Prabhudheva and Tamannaah Bhatia starrer forthcoming horror movie 'Khamoshi'. "I've been directed by Prabhudheva sir... I am happy he is a part of the film and what makes it super special is Tamannaah as she is one of my dearest friends. I'm glad to sing in her movie," Shruti said in a statement. It is reported that the track is based on the theme of the film.

Having started her musical journey as a playback singer in her father Kamal Haasan's popular film 'Chachi 420' in 1997, Shruti later crooned various numbers in multiple langauges. As for Bollywood, she is known for singing songs like "Joganiyan" and "Sannata". Directed by Chakri Toleti, 'Khamoshi' will see Tamannaah in the role of a deaf and mute girl and Prabhudheva as the lead antagonist. On working with Chakri, Shruti added:

"Always happy to lend my voice to songs in films. Chakri is a director I have known for years and he directed the first film I composed music for...So it is special." The movie is slated to release on May 31. It also stars Bhumika Chawla and Sanjay Suri in supporting roles.