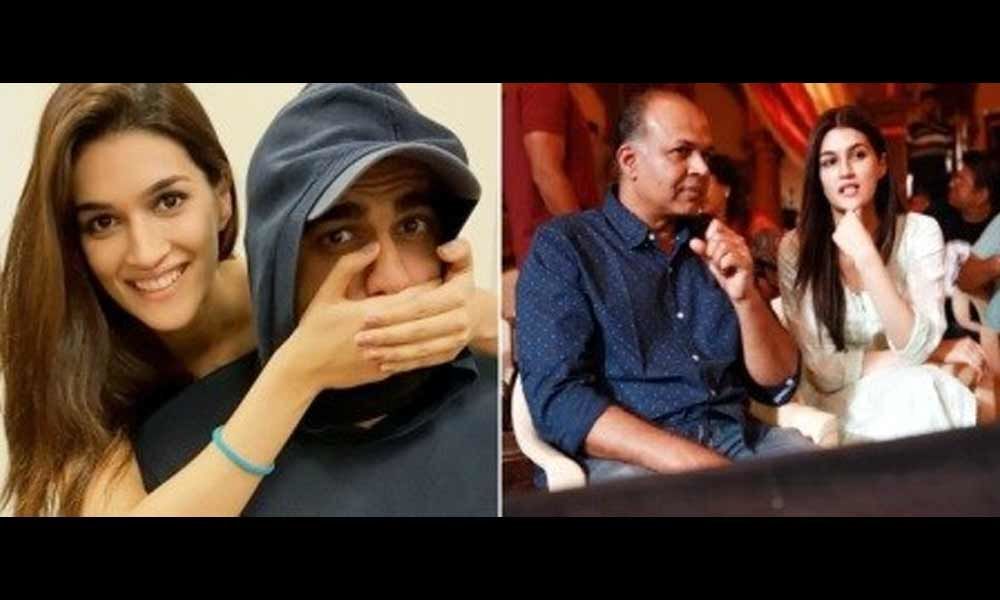 Actress Kriti Sanon wraps up shooting for Panipat, a historic drama by Filmmaker Ashutosh Gowariker, based on the third Battle of Panipat.

Actress Kriti Sanon wraps up shooting for Panipat, a historic drama by Filmmaker Ashutosh Gowariker, based on the third Battle of Panipat. The movie also stars Arjun Kapoor and Sanjay Dutt in the leading roles.

The first post read, "Wrapped up PANIPAT! Thank you so much Ashu sir for giving me this opportunity, for always hearing me out & finding Parvati bai with me! You create magic in the calmest manner ever!And I'm honored to be a part of this magic! @AshGowariker...That's literally us...always wondering!"

The second post, she wrote, "There is no other way of shutting him up!! Haha...Thank you @arjunk26 for being such a lovely and entertaining co-star!! With no ice to break, I'm glad we went on this journey together and I found an amazing friend in you! #PanipatWrapForParvati"

The film is based on one of the most epic battles in India's history. It was fought between the northern expeditionary force of the Maratha Empire and the invading forces of the King of Afghanistan, Ahmad Shah Abdali, supported by two Indian allies - the Rohilla Afghans of the Doab and Shuja-ud-Daula, the Nawab of Awadh.

"Panipat" will be produced by Sunita Gowariker under their home banner AGPPL in association with Vision World. The film is slated to release on December 6, 2019.

In the meantime, Kriti Sanon will be seen sharing screen space with Diljit Dosanjh and Varun Sharma in forthcoming romantic comedy Arjun Patiala.