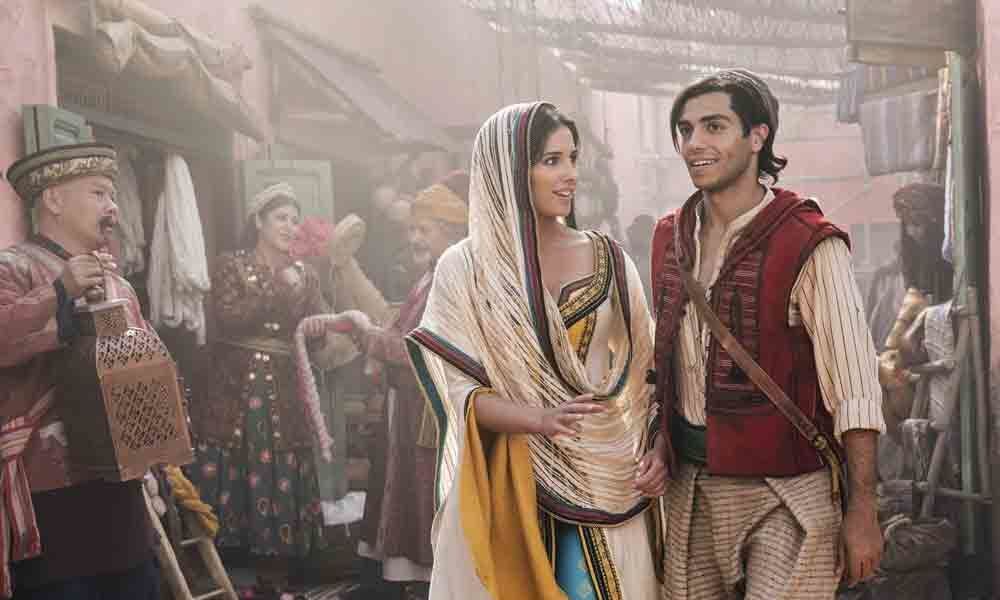 The movie is an adaption of Disney's 1992 animated classic of the same name, which in turn was based one of the best-known stories found in the legendary Arabian Nights.

The film follows Aladdin, a charming street rat, who retrieves a magic lamp from a booby-trapped magical cave and must use it to win over the beautiful and self-determined Princess Jasmine.

Directed by Guy Ritchie, the move stars Will Smith as the Genie; Mena Massoud as Aladdin; Naomi Scott as Jasmine.

Internationally the movie earned $121 million over three days and had an estimated global opening through Sunday of $207.1 million according to studio figures collected by measurement firm Comscore.

According to Comscore's PostTrak General Audience Survey, a solid 67 percent of patrons said they would "definitely recommend" the film to their friends. Notably, 39 percent said "It's Part of A Franchise I like" was their primary reason for seeing the film - this is considered a high percentage for the category and reflects audience's love for the Aladdin brand and the characters in the film.

The film also enjoyed a positive "A" CinemaScore from opening day audiences but received mixed reviews from critics with an approval rating of only 57 percent on the review aggregator Rotten Tomatoes.

Directed by Chad Stahelski and starring Keanu Reeves as the titular character, the film is the third installment in the John Wick franchise. The plot follows super-assassin John Wick who returns with a $14-million price on his head and an army of bounty-hunting killers on his trail.

Disney and Marvel's superhero film Avengers: Endgame came in third with an estimated $16.84 million in its fifth weekend. The film has earned $2.67 billion worldwide. It's already the second biggest global release of all-time, just behind James Cameron's 2009 sci-fi film "Avatar," which brought in $2.8 billion internationally.

Directed by Anthony Russo and Joe Russo, Avengers: Endgame is the 22nd installment of the Marvel Universe franchise. The movie follows the surviving members of the Avengers and their allies who work to reverse the damage caused by Thanos in last year's Infinity War.

Warner Bros.' Pokemon Detective Pikachu landed in fourth with an estimated $13.3 million in its third weekend to take its total in North America to $116.12 million.

Based on the Pokemon franchise created by Satoshi Tajiri and the 2016 video game Detective Pikachu, the film is the first live-action adaptation in the franchise. Directed by Rob Letterman, the film features the voice of Ryan Reynolds as Pikachu.

Sony's Brightburn opened in fifth place with an estimated $7.53 million. Directed by David Yarovesky, the film follows an alien child who lands on earth and realises he has superpowers.