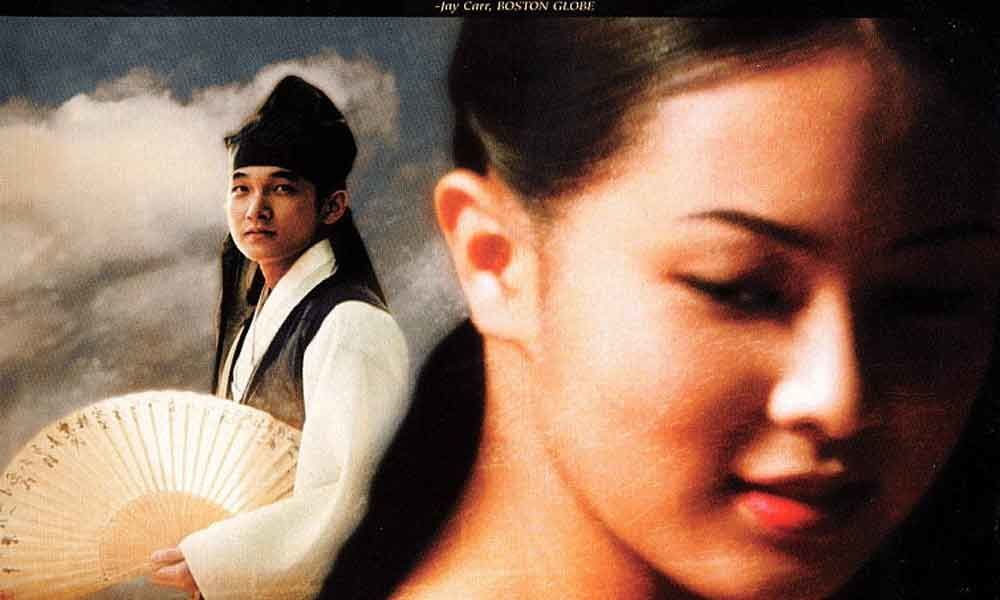 Cinephiles Film Club will be screening Chunhyang, a South Korean movie under the banner of Korean Month at Lamakaan, Banjara Hills on May 29.

Cinephiles Film Club will be screening Chunhyang, a South Korean movie under the banner of Korean Month at Lamakaan, Banjara Hills on May 29.

Chunhyang is a Korean Pansori film directed by Im Kwon-taek, with a screenplay by Kang Hye-yeon and Kim Myung-gon. Distributed by CJ Entertainment. Lee Hyo-jeong and Cho Seung-woo played Chunhyang and Mongryong, respectively.

Lee Mongryong, a governor's son, falls in love and marries a beautiful girl Chunhyang Sung, the daughter of a courtesan. Their marriage is kept a secret from the governor who would immediately disown Lee if he found that his son married beneath him.

The governor gets posted to Seoul and Mongryong is forced to leave his young wife behind, promising to come back for her when he passes the official exam

To date, there have been more than sixteen works based on this narrative, including three North Korean films. Im Kwon-taek's Chunhyang presents a new interpretation of this oral tradition but it is created for a more global audience. It is the first Chunhyang movie that lyrics of Pansori became part of the screenplay.

Therefore, the contents of the Pansori reappear as scenes in the movie. The film uses the framing device of a present-day narrator who, accompanied by a drummer, sings the story of Chunhyang in front of a responsive audience. The film flashes back and forth between the singer's presentation and scenes of Mongryong.

It was entered into the 2000 Cannes Film Festival. The film is the first Korean film which was presented at the 2000 Telluride Film Festival. At the 2000 Asia Pacific Film Festival, it won a special jury award. It also won an award for best narrative at the Hawaii International Film Festival in 2000.