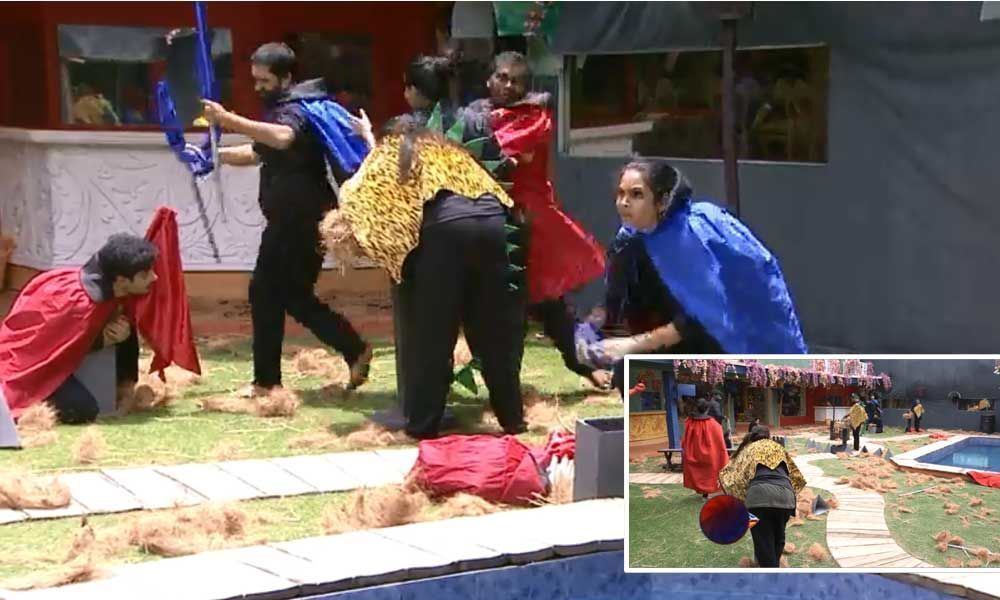 By the end of Tuesday's episode, three housemates have got dragon eggs with them. They are Rahul Sipligunj, Ali Reza and Ravi Krishna.

By the end of Tuesday's episode, three housemates have got dragon eggs with them. They are Rahul Sipligunj, Ali Reza and Ravi Krishna. They got promoted to the next level captaincy task. In the next level, Bigg Boss placed a throne in the centre of the garden area. The housemate who will be on the throne for a long time, irrespective of the trails that the others make to disturb them will be winning the task.

The promo of the same has come out on social media and according to that, the task has turned pretty much violent. Three housemates are fighting it tough to win it and there seems to be a tensed environment in the house.

The complete task will be aired in today's episode.