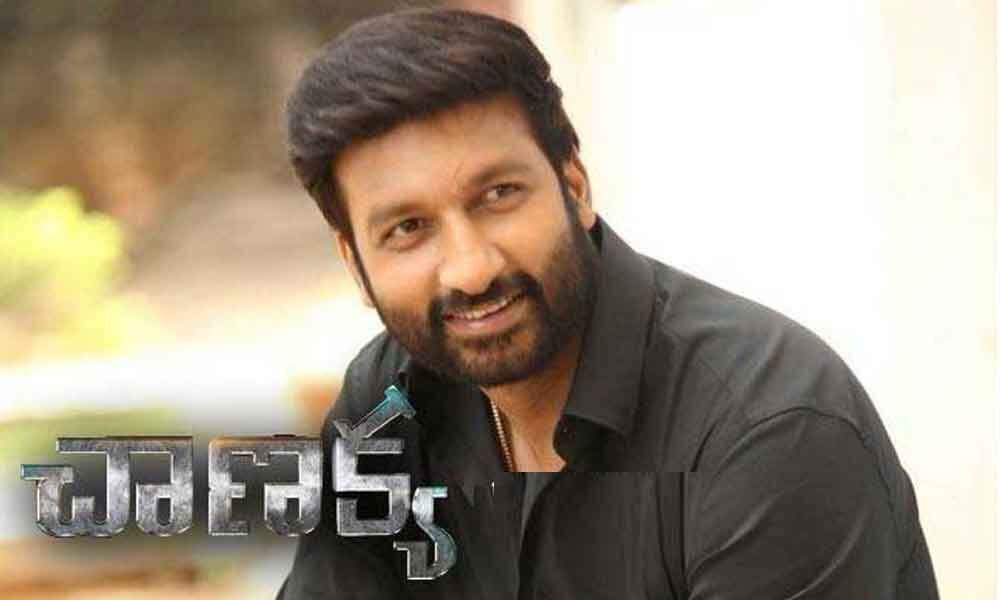 Action hero Gopichand hasn't been in a good form over the past few years.

Action hero Gopichand hasn't been in a good form over the past few years. He didn't score a single hit in about last four years and is now looking forward to striking back hard with his new outing, Chanakya. Touted to be a spy thriller, this movie is being directed by Tamil filmmaker Thiru.

Gopichand plays the role of a spy in the movie and most of the film's portions were shot near Indo-Pak border areas. Today, the makers have officially confirmed that the whole talkie part has been wrapped up and the dubbing works have begun. Apparently, even Gopichand started dubbing for his role.

Chanakya stars Mehreen as the leading lady. She has earlier acted with Gopichand in the film Pantham. Bollywood actress Zareen Khan is playing a pivotal role in the movie. Anil Sunkara is producing it under AK Entertainments banner. The makers are planning to release Chanakya towards the end of this year.