Gangster on the prowl 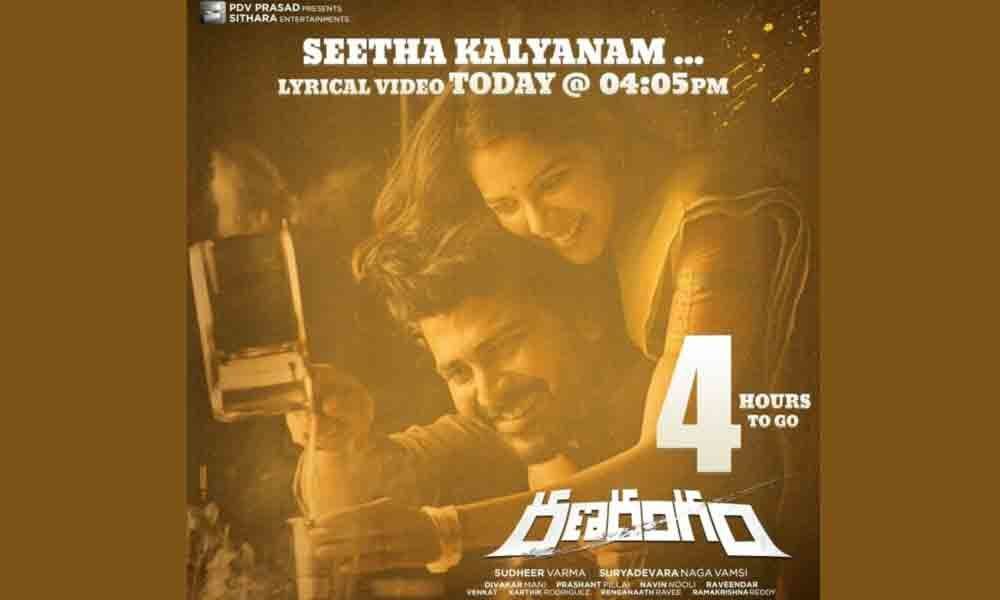 The first single from Sudheer Varma’s Sharwanand, Kalyani Priyadarshan and Kajal Aggarwal starrer ‘Ranarangam’ is all set to release on Thursday.

The first single from Sudheer Varma's Sharwanand, Kalyani Priyadarshan and Kajal Aggarwal starrer 'Ranarangam' is all set to release on Thursday. Sharing the news on her social media, Kalyani wrote, "Sometimes in life you hear a song and it does something to you emotionally that you can't explain in words. This was one such song for me..honestly can't wait for you all to ~hear~feel it." (sic)

Already, the teaser released recently has triggered a lot of buzz by showcasing lover boy Sharwanand as a gun-toting gangster. For some, he was a criminal, for others he was a hero, said director Sudheer Varma, who set is story in the 1990s. "Let's go back to the 90's and witness the glory of this man!" he added.

The teaser showed two timelines in the protagonist Deva's life, played by Sharwanand. In one scene, he can be seen as his younger self, with Kalyani Priyadarshan and another much older with Kajal Aggarwal, who wonders why people keep trying to kill him. The teaser hints at him being distrustful of people and being brutal in killing them. The action movie set to release in August.