I got this offer after 6 flops, says Sai Dharam 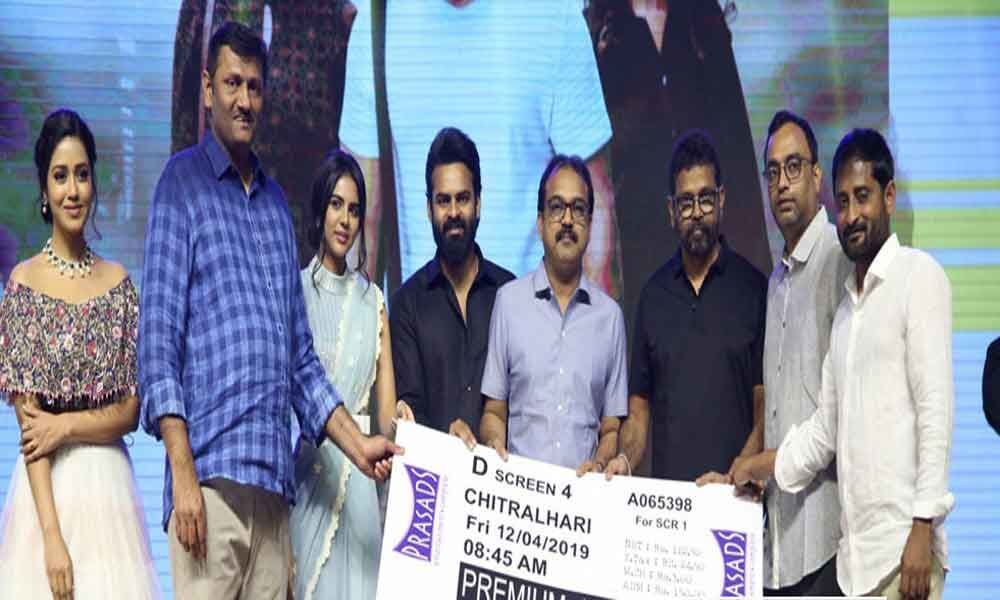 The youthful entertainer is being directed by Kishore Tummala and all set for release on April 12. ''I am thankful to Koratala Siva and Sukumar for gracing the occasion. Even more thankful to Mythri Movie Makers for coming forward to make a film with me after I delivered six flops. My dream to work with composer DSP has finally come true with this film since I love his music.

Also I am grateful to mega fans for supporting me during ups and downs in my career," he said. A host of directors Venky Kudumala, Santhosh Srinivas, Maruthi and Siva Nirwana were the special guests at the event. Producer Sahu Gorapati 'thanked his team', while Kalyani added, "It was an amazing team to work with. I have dubbed on my own and entire team put in their best efforts," Director Kishore thanked Naveen for the 'title'. "He suggested the title and it has created lot of buzz," he concludes.