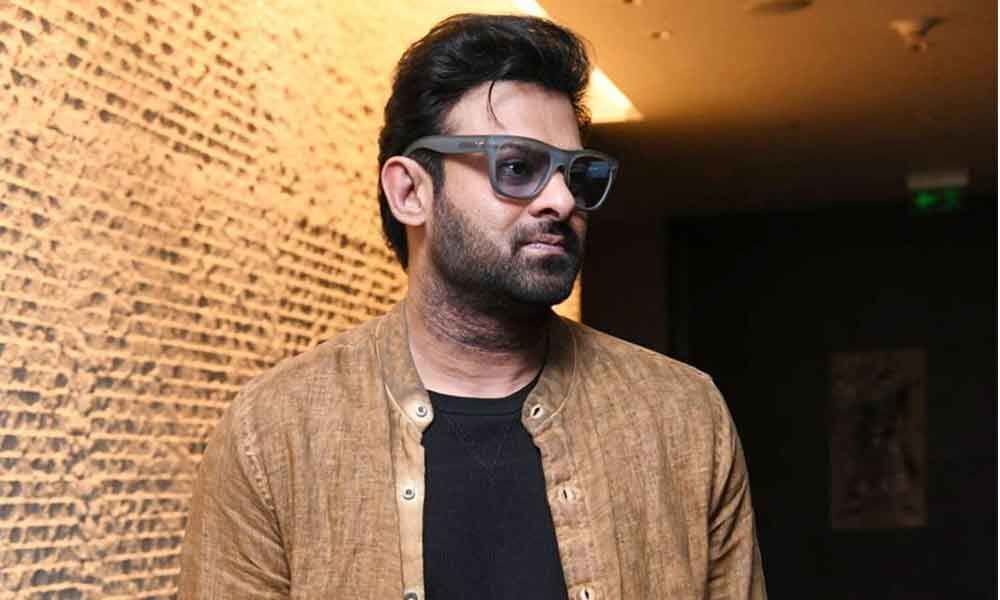 Contrary to the rumours the he has signed a couple of movies, reigning star Prabhas said, “I haven’t signed any new film,” he quips and adds, “I am just doing a film with director Radhakrishna and we already shot 20 days for it, that’s it,” said the actor, while talking to the media on Monday.

Contrary to the rumours the he has signed a couple of movies, reigning star Prabhas said, "I haven't signed any new film," he quips and adds, "I am just doing a film with director Radhakrishna and we already shot 20 days for it, that's it," said the actor, while talking to the media on Monday.

"Krishnam Raju garu felt very happy about the trailer of 'Saaho' and same with my family," he added. Now that he is making his Bollywood debut, he shares about his equations with Hindi film stars, "Ajay Devgn and Ranbir Kapoor phoned me.

Three months back, Aamir Khan invited me for a special screening of a film. We share a good relationship and our competition is just a myth," he informed.

With raising expectations, is he not feeling pre-release jitters for 'Saaho,' "Of course, I am bit tensed on how people living in other states will receive it. I had a similar feeling, while making my debut in Telugu with 'Eashwar,' like whether people will like me or not,' he stated humbly.

Similarly, he also spent a few sleepless nights when the budget of the film shot up. "Initially, it was supposed to be made with Rs 100 or 150 crore, but we ended up spending double that amount.

We spent more to convince the audience after magnum opus 'Bahubali," he adds. Explaining the reasons behind the spike in budget, "For me, producers and director, it was a new thing. We learnt things in the course of the making a quality film.

We visited Abu Dabhi many times for locations and imported cameras from Europe for action sequences along with Hollywood stunt directors," he informs. With action becoming the USP of the film, the 39-year-old actor underwent training.

"I underwent training a bit, kind of a crash course, unlike 'Bahubali' where we had to undergo training for months," he adds. However, they toiled hard behind the scenes, "Really worked hard to get the action sequences believable.

The trucks and cars you have seen in the trailer were specially designed for the movie. Particularly, the remote cars, which I haven't even seen in my life. With the support of Hollywood technicians, we could make slick action flick," he adds.

He also talks about 20-plus director Sujeeth, who he initially doubted but he proved him wrong. "I was apprehensive, when he narrated the story. Liked his confidence and did a few workshops, before commencing the shoot.

He is good in canning 'light-hearted' scenes so we began with that, but later he turned out to be revelation of sorts," he concludes.