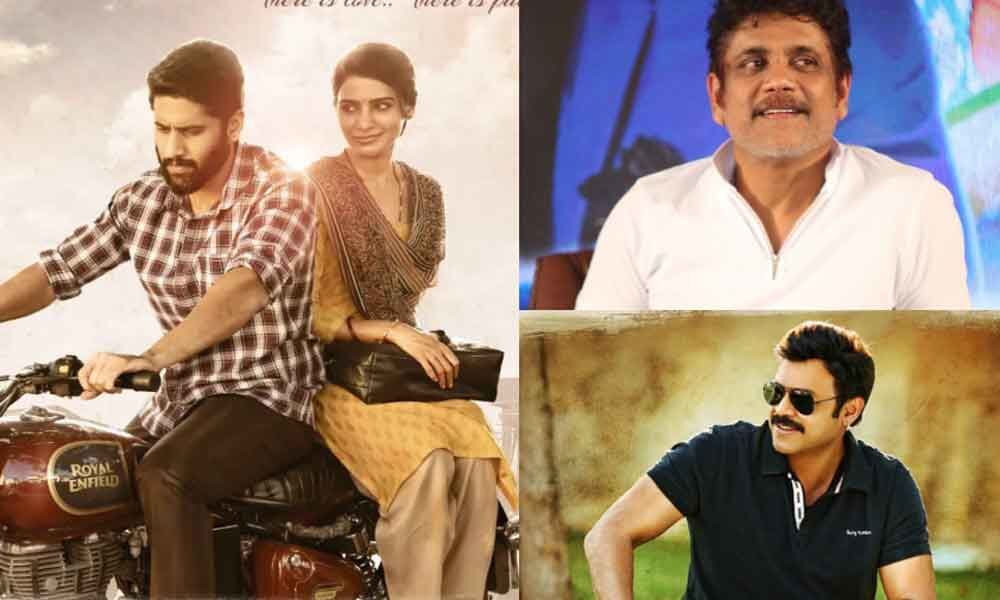 Akkineni Nagarjuna and ‘Victory’ Venkatesh are going to grace the pre-release event of ‘Majili.’

Akkineni Nagarjuna and 'Victory' Venkatesh are going to grace the pre-release event of 'Majili.'

Starring Naga Chaitanya, Samantha and Divyansha Kaushik in the lead roles, the film is being directed by Shiva Nirvana.

The pre-release event is scheduled on March 31st at JRC Conventions in Filmnagar, Hyderabad.

The theatrical trailer will also be unveiled at this event.

Shot on the backdrop of Vizag, 'Majili' is an emotional romantic entertainer and comes with the captiaon "There is Love… There is Pain.."

The response to teaser and songs is good so far. Gopi Sundar has composed music for the film,