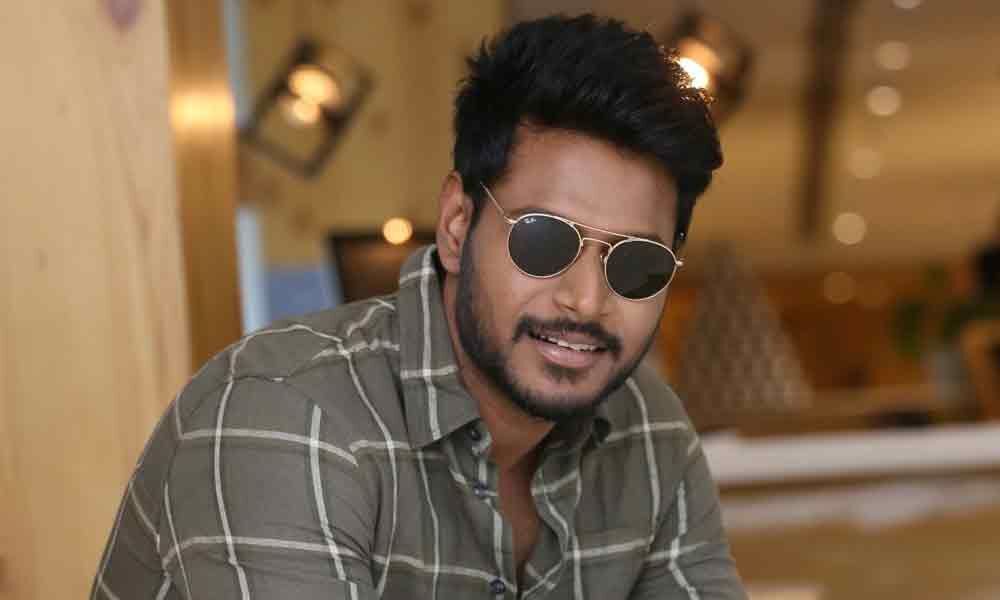 Young actor Sundeep Kishan, who is doing his maiden spooky film ‘Ninnuveedani Needani Nenu’ is all set to release on July 12

Young actor Sundeep Kishan, who is doing his maiden spooky film 'Ninnuveedani Needani Nenu' is all set to release on July 12 says, "Actually, I never wanted to do horror movies, although I liked watching them in theatres.

But after listening to this captivating script, I even turned producer with confidence in the novel content since the film has a take-home factor that is beyond horror."

He also disagrees with the notion that horror movies are losing sheen. "I don't believe in these trends. If a film is good enough, it would attract crowds irrespective of the timing.

Nobody knew what was in store in movies like 'Arjun Reddy' and 'KGF' but they turned to be blockbusters," he reasons. Despite being a true-blue horror flick, he assures relief for viewers.

"It's packed with entertainment that is intrinsic to the plot, instead of clichéd comedy tracks," he informs and also describes it as a 'genre-bending' and a 'time-travel' flick.

"The movie moves back and forth in time but we tried to show things as realistically during various time lines," Talking about his career that hit a lean patch, he says "I almost hit the borderline of depression after a few flops.

Then, I went to USA and returned with more confidence to do things on my own. Heard more than 30-odd scripts and chose this one as it boasts of novelty," and adds, "I don't discuss about work at home and my father always wants to wriggle out of mess on my own.

Of course, I discuss about scripts with my sister who is very intelligent and bundle of ideas," he informs. He doesn't regret doing 'Nakshatram', one of the biggest disasters of his career.

"I wanted to work with Krishna Vamsi because I like his style of filmmaking. I don't blame anybody for flops, except myself. On the flipside, I gained lot of experience and used all that in selection of scripts and in promoting 'Ninnuveedani.....' and hope it works well," he points out.

He has special praise for director Caarthick Raju because he pursuing films with passion. "His life is similar to Nani's role in 'Jersey', I don't need to say more," he cuts short.

He also finished web movie in Hindi 'Family Man' with Manoj Bajpai. "It's an interesting character and script as well and bound to connect with Hindi viewers," he concludes.