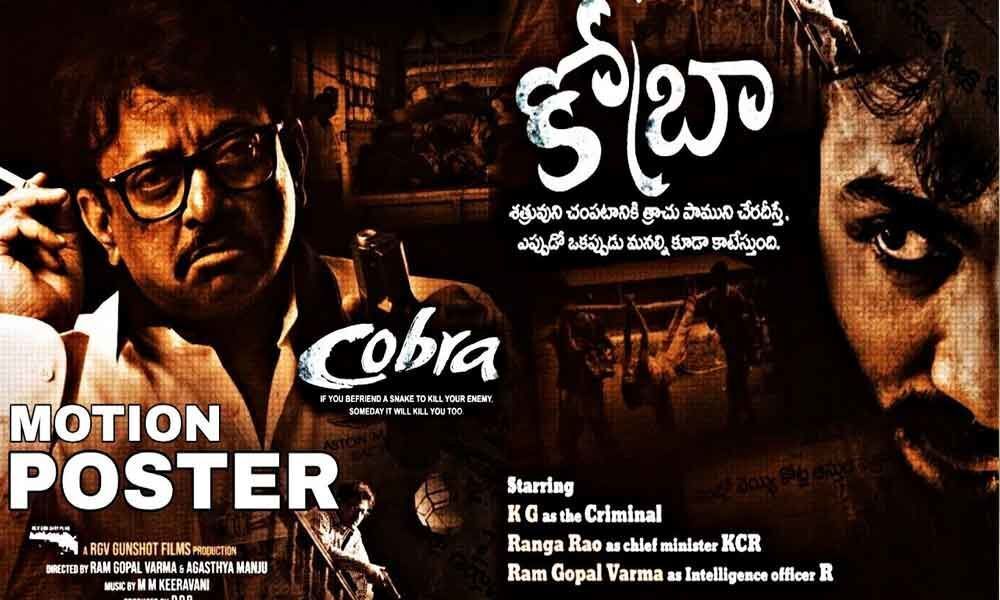 After Dasari Narayana Rao, Kodi Ramakrishna, another director turns an actor. Ram Gopal Varma will make his acting debut with his upcoming film 'Cobra'. Surely, the maverick director never fails to surprise us with each of his professional moves. After controversial film 'Lakshmi's NTR' which showcased the tragic events towards the end of NTR's life, the 57-year-old maverick filmmaker had announced his next film 'Cobra'. The Hindi-Telugu bilingual is projected as the biopic of the most dangerous criminal that ever existed in the criminal history of India.

Much to everyone's surprise, RGV is all set to showcase his acting chops. He will be making his acting debut with 'Cobra' by portraying the crucial role of an Intelligence officer. On the occasion of his birthday, the controversial filmmaker has himself posted the news on social media and later held a press conference to make his acting debut 'official.'