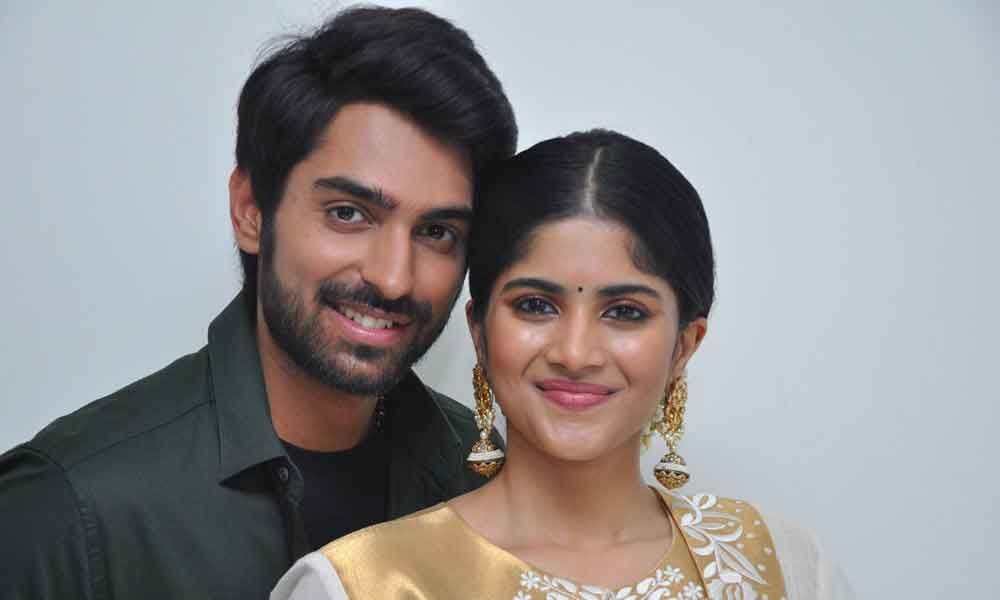 'Manu Charita' marks the debut of Shiva Kandukuri with Megha Akash playing his love interest. The film will be directed by Bharath Kumar P and music will be composed by Gopi Sundar.

With this film Kajal's manager Ronnson is turning producer and he will be bankrolling the movie along with N Sreenivas Reddy. Kajal did the honours of clapping the clap board on the lead pair while Ajay Bhupathi directed the first scene and C Kalyan switched on the camera.

Director Sudheer Varma and producer Sahu Garapati handed over the script. The film is touted to be intense love story with lot of emotions and comes up with the tagline 'Falling In Love Is A Painful Joy!' Daali Dhanunjay is playing as baddy. The regular shooting will commence from this month.