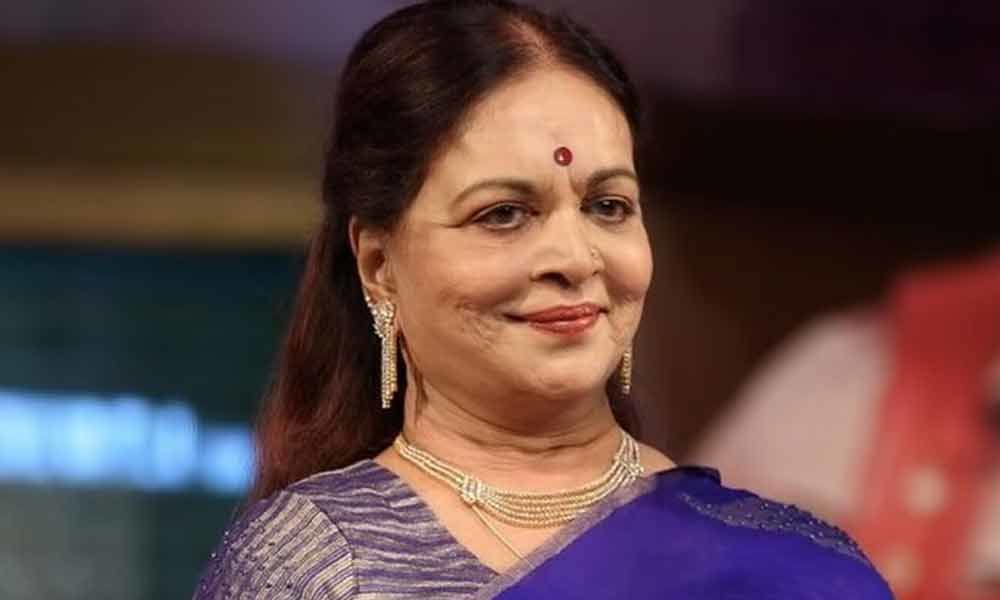 Vijaya Nirmala passed away at 73 due to cardiac arrest. She was the first woman to direct 44 movies which made her enter Guinness book of world records.

Veteran actress and director Vijaya Nirmala passed away due to cardiac arrest. She was 73. She breathed her last here late on Wednesday while undergoing treatment at the Continental Hospitals in Gachibowli.

Born on February 20, 1946 in Tamil Nadu. Nirmala entered the film industry at the age of seven with a Tamil movie Matsyarekha and went on to appear in over 200 films in Telugu, Tamil and Malayalam.

She was the first woman to direct 44 movies which made her enter Guinness book of world records.

The entire film fraternity was left in shock with the sudden demise of the actress. Film personalities and celebrities expressed grief over the death of the legendary actress.

Her remains will be brought to her residence at Nanakramguda at 11 am where the public can pay respects. The film fraternity will then shift it to the film chamber tomorrow and hold the final rites on the same day.