Was Raj Tarun drunk during accident? 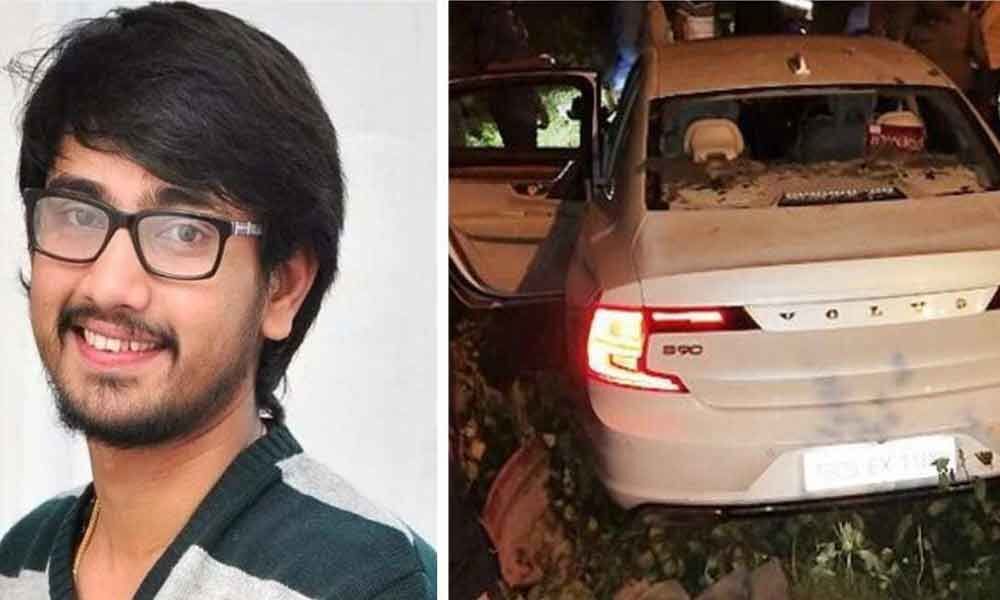 Raj Tharun could be landing himself in big trouble. The young actor was involved in an accident and his car was found partially damaged by police.

Raj Tharun could be landing himself in big trouble. The young actor was involved in an accident and his car was found partially damaged by police.

Initially people thought it was Hero Tharun but it came out that it is Raj Tharun. A man named Karthik came out to police and submitted proofs claiming that Raj Tharun was drunk.

He said that he caught him red-handed on video running after hitting the car at 100 - 120 Kmph speed. He also said that Raj Thatun was drunk and he tried to stop him from making the video.

Later he revealed that he held negotiations with a manager of the actor and senior actor himself, for 5 lakhs and they agreed for 3 lakhs.

He said that he wanted to film them when they were giving him money but a lady stating that she is a journalist, called them asking, why he was blackmailing them? So, he understood, how they were looking to spin the story and hence, he submitted the proofs to the police.

We cannot be sure if this person is telling all truth but if he is, then Raj Tharun is trying to cover up after fleeing from the scene and drunk driving.