Repeal of provisions of Article 370 a historic move 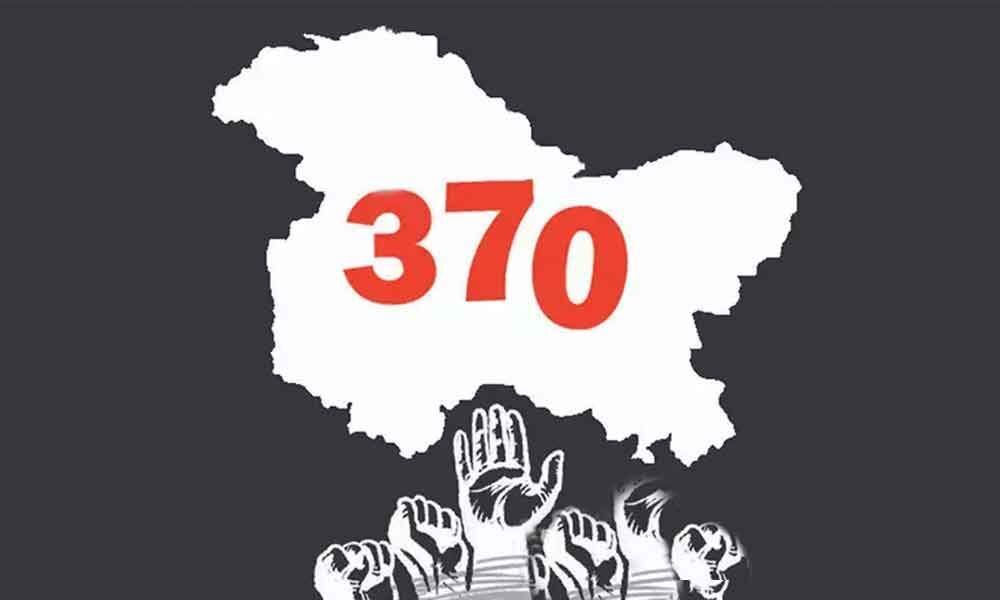 Seventy years of confusion and indecisiveness has been set aside by the Indian government to legally and constitutionally merge Kashmir with the...

Seventy years of confusion and indecisiveness has been set aside by the Indian government to legally and constitutionally merge Kashmir with the Indian Union. One could call this historic development.

It is historic in every sense because it now drastically alters the situation in Kashmir. Scrapping the provisions of Article 370 of the Indian Constitution using the powers conferred by the same Article is a remarkably thought out move.

(By the by, Article 370 itself is not scrapped as being misrepresented by various sections in the country. It is not just applicable to Jammu and Kashmir alone. In fact, Arunachal Pradesh, Nagaland, Himachal Pradesh and Andaman-Nicobar Islands too fall under the same ambit.

The Presidential Order only used a clause provided in the Article to abrogate the special powers conferred on the people of the State here).

Even before we think of the benefits that the move confers now on the locals, particularly in Kashmir, in respect of the employment opportunities, development and related benefits, we should think of the consequences of the move.

Pakistan's rulers are seething at the development ignoring the fact that they themselves had 'merged' the Gilgit-Baltistan region as Pakistan's fifth province last year much to the chagrin of India.

A protest was lodged by India against the same as the move was not to the liking of even the locals in G-B region of the Pak occupied Kashmir.

Now that the BJP-led NDA government with the support of its non-allies too made the move as promised it in its party manifesto in 2014 itself, it is also its duty to protect the lives of the innocents in Kashmir.

Pakistan will surely foment trouble in Kashmir by pushing in terrorists as it seeks to blackmail the US further citing Afghanistan problem. China and the US may make some sounds now against India, but India need not be afraid of those. Kashmir is a part of India and it shall remain so more firmly with the formal move to integrate it completely with the country.

Sardar Patel's dream of seeing India united from "Kashmir to Kanyakumari" will be realised only when today's move also ensures peace and development in Kashmir. The troop build-up in Kashmir is not just related to the repeal of certain provisions of Article 370.

This is a move made keeping in mind the geo-political compulsions. The US decision to withdraw troops from Afghanistan is behind it. The US is trying to appease Pakistan so that it could go ahead and make a peaceful exit from Afghanistan.

Pakistan is just waiting on wings to occupy the space left behind in Afghanistan after the exit of the US with the help of the terror gangs of Afghanistan along with the Haqqani group.

It has already released a dreaded Taliban leader from its captivity at the behest of the US. It perhaps did not expect India to go ahead and make this decisive move.

May be, it was banking too much on the Opposition to this move. It is proved wrong. What next? Ram Mandir? Let us not forget that it is the second most important promise of the BJP manifesto.