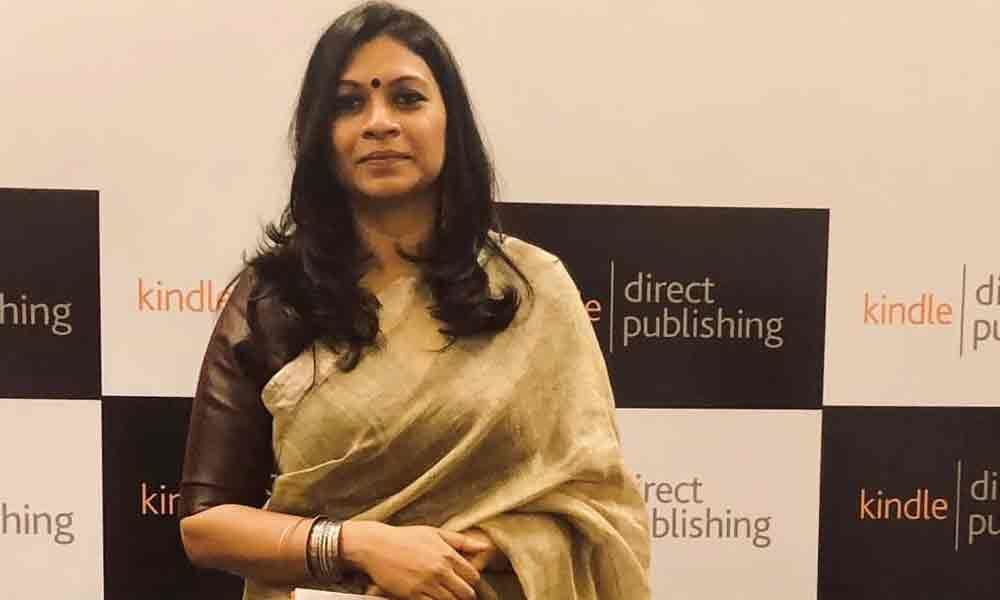 Aparna Das from Hyderabad won in the English long-form for her collection of short stories 'Escape Routes'… The second edition of Amazon's Kindle...

The prize in English long-form went to Hyderabad-based writer Aparna Das Sadhukhan for her collection of short stories 'Escape Routes'. The book is about the inherent human desire to escape troubled situations.

For English short-form, the award went to Bengaluru-based Deepika Priya for her work 'Being A Mother: It's A Different Hormone Altogether'. The book, which falls under the healthy, body and mind genre of Amazon, expresses her thoughts during and after her pregnancy.

The award for Tamil long-form was given to orthopaedic surgeon Senthilbalan Manickam, working in Oman. His book 'Detective Karthick Aldo Series Book 2' is based on a suburban railway station in Chennai, infamous for frequent train accidents. In the same language, short-form award went to young journalist Vignesh Selvaraj for his 'Article about Isai's Poetry'.

In Hindi, the long-form award was conferred upon Nandini Kumar for an introspective book on a woman whose relationship with his fiance comes to an abrupt end. The short-form award went to Anurakti Dev Singla for her book 'Aatman', a compilation of thoughts and perceptions as poetry.

Singla, a full-time paediatric cardiologist in Gurugram, said she had been writing since 27 years but finally published on Kindle Direct Publishing, citing the ease to do it. "It's an easy platform and help writers who want something hassle-free," she shared.

The winning titles were chosen on the basis of several criteria, including creativity, originality, quality of writing and commercial viability by a jury comprising best-selling authors like Ashwin Sanghi, Rashmi Bansal, Sundari Venkatraman, Divya Prakash Dubey and Era Murugan.

Amazon Kindle claims authors can self-publish content cutting across genres in five steps. Announcing the 2018 winners, Kindle Content India's official Sanjeev Jha said their vision for the platform was "getting you any book in any language within 60 seconds".

"It allows a person, sitting anywhere, to reach out to a global audience," he said, and added, 70 per cent of revenue from the book sales went to authors. On the credibility and factual accuracy of self-published material being flagged globally, Jha said, "We follow laws of the land, and for India we are conservative. Although there is no editorial oversight, we have software that flag any obscene content. It's further sent to a review team. If it's not found suitable, the author is informed," he said.

In case of any other errors apart from obscene content, one only has to hope that "readers point it out within hours of publishing" and it can then be changed. The award ceremony also saw reading sessions by bestselling authors Ashwin Sanghi and Divya Prakash Dubey.­