Meezaan pumps up the energy for 'Aila Re'! 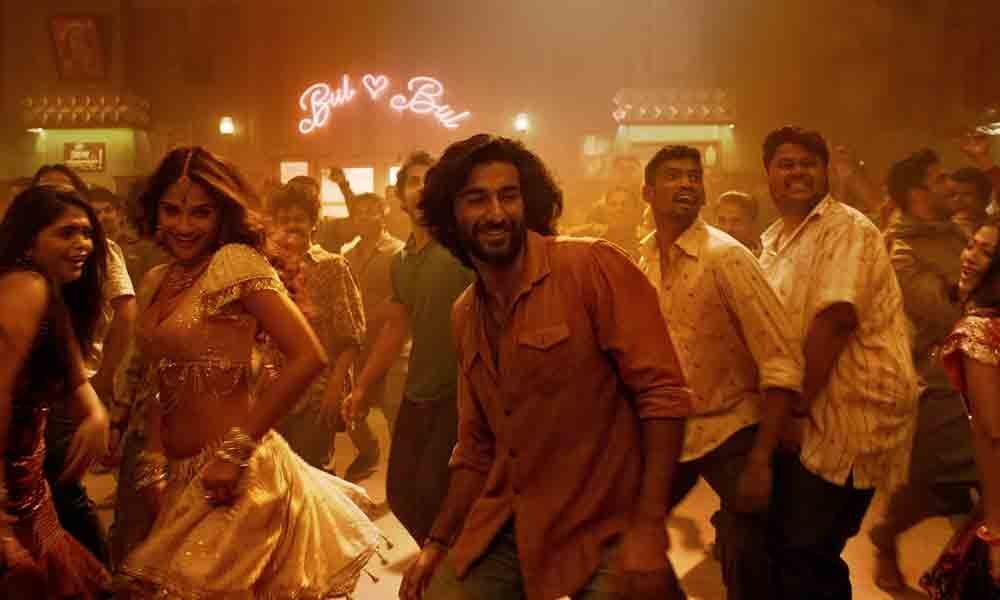 Still from the film ‘Malaal’
Highlights

Meezaan, who is getting a grand Bollywood launch by Sanjay Leela Bhansali in ‘Malaal’, has been receiving raving reviews for his screen presence in...

Meezaan, who is getting a grand Bollywood launch by Sanjay Leela Bhansali in 'Malaal', has been receiving raving reviews for his screen presence in the trailer.

After being instrumental in the careers of some of the biggest stars including Ranbir Kapoor and Ranveer Singh, Sanjay Leela Bhansali is all set to launch JaavedJaaferi's son Meezaan in a love story that marks Bhansali Productions first collaboration with T-Series.

After making a massive impact at the grand trailer launch of Malaal, Meezaan, is all set to wow audiences with 'Aila Re', his big introductory song in the film.

The out-and-out masala song set against the backdrop of a bar, is choreographed by Ganesh Acharya, who also happened to choreograph 'Ram Leela's 'TattadTattad', 'Bajirao Mastani's'Malhaari' and'Padmaavat's'Khali Balli'.

Given that the blockbusters songs had a signature step, Ganesh also incorporated one into 'Aila Re', one which Meezaan ended up hurting himself given the rapid chest hitting movements.

Reveals a source, "Meezaan has inherited his dancing genes from his father JaavedJaaferi, so Ganesh master went all out to incorporate some challenging moves given that Meezaan is an outstanding dancer and would manage to pull the steps off. Meezaan would shoot the scenes in the day and rehearse for the song at night since they were shooting around a packed schedule. The youngster was so focused during the rehearsals and wanted to bring in the kind of energy the song required when the cameras rolled. By the end of the song shoot, Meezaan had developed blood clots on his chest but in the end, he felt it was all worthwhile".