Appeasement politics to a new peak in India 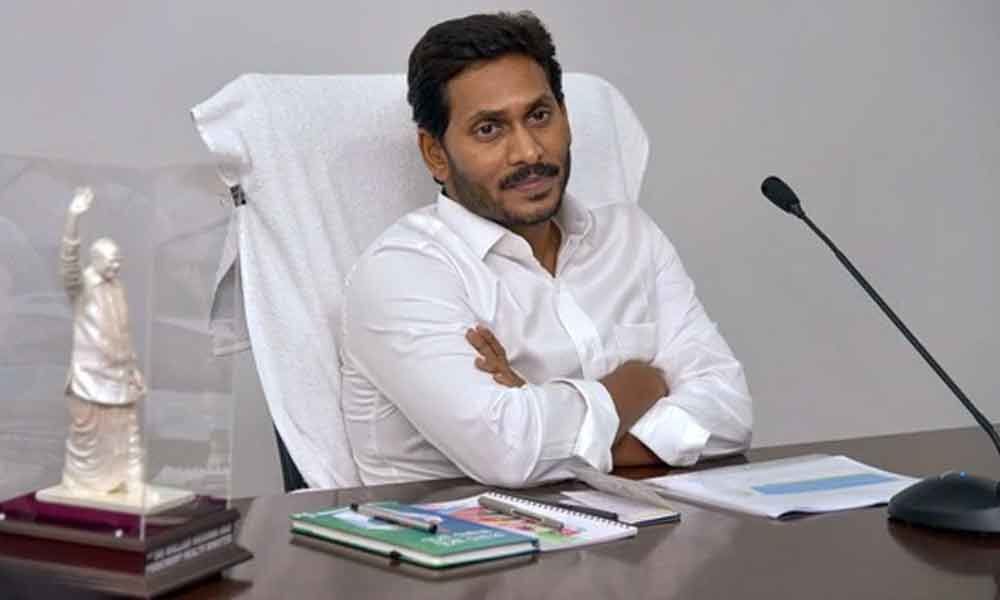 When Andhra Pradesh was formed in 1956 and Neelam Sanjiva Reddy became its Chief Minister, he refused to have a Deputy Chief Minister, saying the post was like the needless "sixth finger" of the hand.

Jagan Mohan Reddy, the new Chief Minister of Andhra Pradesh, on Saturday decided to have as many as five unwanted sixth fingers. His move to appoint no fewer than five Deputy Chief Ministers — the highest ever in India — to represent the State's different social groups and regions is a political balancing act which he had no need to undertake.

While the very post of a Deputy Chief Minister, like that of the Deputy Prime Minister, has no constitutional validity, there is no need for Jagan, as he is better known, to placate groups or regions in this brazen fashion so soon after winning a swashbuckling majority in the Assembly with no threat to his government's stability.

If Sanjiva Reddy had been expected to appoint a Deputy Chief Minister in 1956, it was to stick to a "gentlemanly understanding" reached before Telangana was included in Andhra Pradesh.

The understanding was that Telangana region of the new State must have the Deputy Chief Minister's post if the Chief Minister came from the Andhra part. And if Sanjiva Reddy broke this unwritten pact and instead called the post a "sixth finger" he may have had a good reason.

Sanjiva Reddy (who went on to become the President of India in 1977) knew how unnecessary the post was. In 1953, when T Prakasam was the Chief Minister before the reorganisation of the State, Reddy himself was made the Deputy Chief Minister.

But Patel's appointment came before India's Constitution came into effect in 1950. The Constitution had no mention of either the Deputy Prime Minister or the Deputy Chief Minister, but both the posts continued nevertheless.

The last leader India had in this constitutionally unrecognised but politically significant post was LK Advani (2002-2004) when Atal Bihari Vajpayee was the Prime Minister.

As in the case of Deputy Prime Ministers, Deputy Chief Ministers too have been appointed in the past largely as a consolation to individuals who failed to make it to the top job or to appease the leader of a group or a caste within a ruling party or an alliance.

The deputies both at the Centre and in the States in the past were almost equal in stature and influence of the Prime Ministers and Chief Ministers under whom they worked.

In several States, the post of A Deputy Chief Minister has over time come to be accepted as a necessary part of power-sharing, political expedience or communal calculus of the worst kind.

In the south itself, the outgoing Chief Minister Chandrababu Naidu in Andhra Pradesh had two deputy CMs, one from a backward caste and the other from the Kapus, an upper caste demanding the backward status.

In Karnataka, Chief Minister HD Kumarswamy of the Janata Dal (Secular) has a deputy in G Parameshwara of the Congress, the alliance partner. In Tamil Nadu, Chief Minister Edappadi Palaniswami shares the glory of power with deputy O Panneerselvam.

Though Deputy Chief Ministers have proliferated in States, they have largely come in ones and twos. It's for the first time in India that Jagan has gone in for five of them, one each from the scheduled castes, scheduled tribes, backward classes, Kapus and Muslims.

"Social justice" and "inclusiveness" are among the highfalutin terms being bandied about by Jagan's supporters to justify this mockery of Cabinet-formation and governance.

If mere conferment of designations — those not recognised by the Constitution to boot — brings about social justice instead of policies and programmes of a government, India would have been by now the most marvellous welfare state on the planet.

The landslide victory of Jagan in the Lok Sabha and Assembly elections has spared him the ordeal of resorting to appeasement politics of this kind for survival.

Yet he has gone ahead with it, clearly with optics and political messaging to communities and rivals in mind. Among other things, he wants to consolidate the support he received from weaker sections in the elections, but history tells us that rewarding certain individuals with high posts seldom guarantees support from their communities for a party.

Besides, caste-based regimentation of the process of selecting members of a Cabinet restricts a Chief Minister's available choices in picking right people for the right jobs.

The real need for Jagan is to get on with the governance of Andhra Pradesh without such whimsical and theatrical showmanship, which might dent the respect he has earned with the humble and gentlemanly conduct he displayed after the elections.

The urgent task he must grapple with is to pull Andhra Pradesh out of the economic mess, a result of the State's bifurcation and possibly financial mismanagement by his predecessor Chandrababu Naidu.

And there are two lessons that Jagan must learn from India's politics. One: favouring certain sections leaves other sections sulking. Two: A please-all policy often ends up pleasing none.