Congress and BJP: Their attitudes towards Muslims 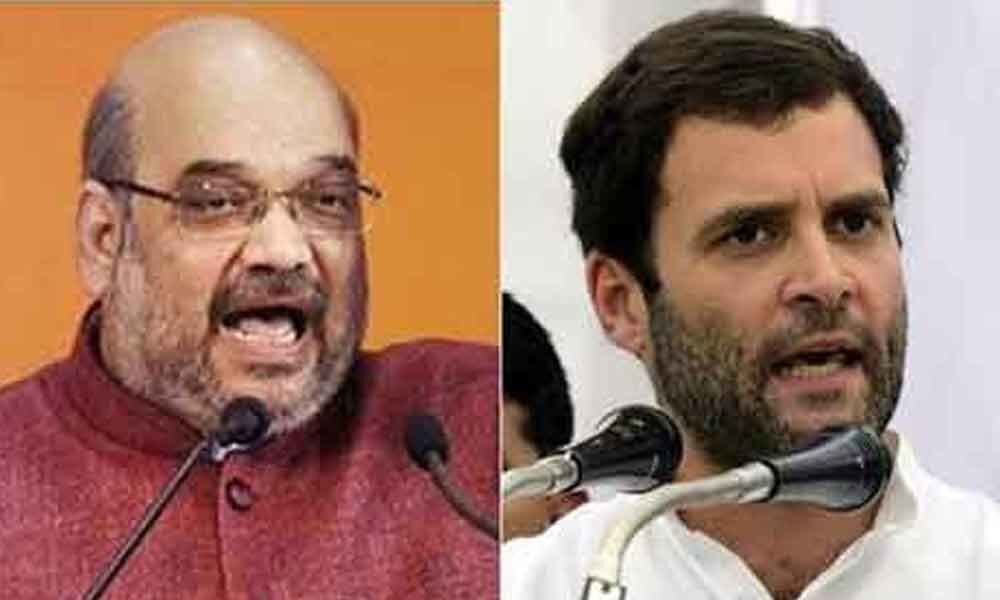 If Indira Gandhi had won the 1977 general elections, it would have been a popular endorsement of her Emergency regime.

If Indira Gandhi had won the 1977 general elections, it would have been a popular endorsement of her Emergency regime.

Why would Narendra Modi's return after the elections be seen differently from Indira Gandhi's after the Emergency? There is a list of failures - the economy, rural distress, record unemployment, the nightmare of demonetization, GST, throttling of institutions.

It must be put down to the effective polarisation by Modi that an even more formidable list of misdemeanours is less talked about - lynching by vigilante mobs for trumped up charges of cow slaughter, public lynching of Dalits, harassment of Muslims and Dalits on charges of love jehad, hundreds of Muslims in jail without trial.

These nasty ingredients like "revenge" and hate" were not part of the impulse which led to the Emergency. In fact, Indira Gandhi was being buffeted by East-West ideological currents, externally and internally. Remember the 70s were going badly for the West.

Against that global backdrop Indira Gandhi had split the Congress, then clasped the Soviet hand tightly for the liberation of Bangladesh.

The global right and its Indian sympathisers clustered around Jayaprakash Narayan's Bihar movement in 1974. Senior RSS leader Nanaji Deshmukh was the master strategist for this movement.

What Indira Gandhi called the Jute press was stacked against her.

Concerted pressure was beginning to unnerve her when the Allahabad High Court judgement, unseating her from Parliament caused her to impose the Emergency.

However, Indira Gandhi appeared to have been chastened into Hinduism once she returned to power in 1980. A touch of Hindu majoritarianism dictated her offensive on Sikh extremism.

This was very much on her mind when she fought the 1982 Jammu election on a patently communal platform. Operation Blue Star was launched in this mood, which eventually led to her assassination. Followed by the anti-Sikh pogrom of 1984.

When Rajiv Gandhi won the 1984 election with 414 seats in a house of 543, the party extracted two conclusions from the outcome. First, it was a sympathy wave because of Indira Gandhi's murder.

Second, it was also Hindu consolidation against minority communalism. I learnt this first hand in 1985 from V N Gadgil, Secretary in the Congress Working Committee and a good friend. "The feeling among Hindus is growing that Muslims are appeased."

How appeased the Muslims were became clear in the Sachar Committee report of 2005 on the dismal socio-economic condition of Indian Muslims.

The Congress leadership nevertheless began to strategise on the basis that Hindu sentiment had to be respected.

Opening of the temple locks, permitting the brick laying ceremony for the Ram temple, promising Ram Rajya if Congress won the 1989 elections and so on were dictated by this thinking. So, Rahul's temple hopping has antecedents.

The BJP, smarting under the fact that it had been reduced to two seats in 1984, began to worry more when it saw the Congress stealing its "Hindu" platform.

The Hindu caste pyramid was in a state of high agitation when Advani undertook the journey on a Hindu chariot to Ayodhya to highlight the urgency of Rama's temple being built.

This was to neutralise the effects of Mandal. Ram Janmbhoomi-Babari Masjid evolved as Hindu-Muslim conflict no doubt, but its purpose was more complex.

Hindu consolidation, with Muslims as the Other, would, over a period of time, mobilise Hindus on the lower rungs of the caste hierarchy against the Muslim "other".

Instead of weakening the Hindu structure by falling prey to caste politics, the lower castes were being accorded a place of honour as Hindu foot soldiers, a powerful infantry of the Hindutva brigade.

Communalism, in other words, was to be a strategy to stabilize the caste pyramid.

Vigorous social engineering towards this end was launched by an energetic RSS functionary K N Govindacharya in the 90s.

At the leadership level, Narendra Modi, Kalyan Singh, President Ram Nath Kovind, Bangaru Laxman, Uma Bharti, are all a function of the party's sensitivity to the lower castes in its midst.

Much more impressive was the way it went flat out on its "reclamation" and "ghar wapsi" programmes. This is what the Congress has set itself up against sans any social engineering.

They both have a Muslim policy, equally harmful to the community but one's approach is quite distinct from the other. The BJP is on a no holds barred anti-Muslim mobilisation spree.

The Congress, scared to lose Hindu votes, keeps Muslims out of the frame. "Willing to wound and yet afraid to strike".

Thinking on its feet mostly, the Congress imagines it is reinventing itself as an upper caste party which once had under its canopy Muslims and Dalits too.

Dalits, of course, now have their own caste parties. Muslims have been shuttling between caste parties or those candidates who are likely to defeat the BJP. Only when they are wriggling against the wall, totally cornered, will they willy nilly vote for the Congress.

It is instructive for the Congress to realise that Indira Gandhi's Emergency was an aberration in a settled world order. It embarrassed Gandhi herself, which is why she called for elections.

Modi's excesses are in a world order upto its waist in fascism.

Will he fit into this order? Unlikely, because he has to grapple with India's infinite variety. Geert Wilders can dream a future in fascism for tiny Netherlands.

But Modi has to dream unrealistically of imposing a uniformity on a multi-lingual, multi-regional, multi-religious sub-continent, not yet a classical nation State.

That is why the dream of the Indian middleclass that India is about to become a two-party system, both parties representing upper castes, will remain just that - a dream.

India will survive and thrive in its strong federal framework.

(The writer is a commentator on political and diplomatic affairs. The views expressed are personal)