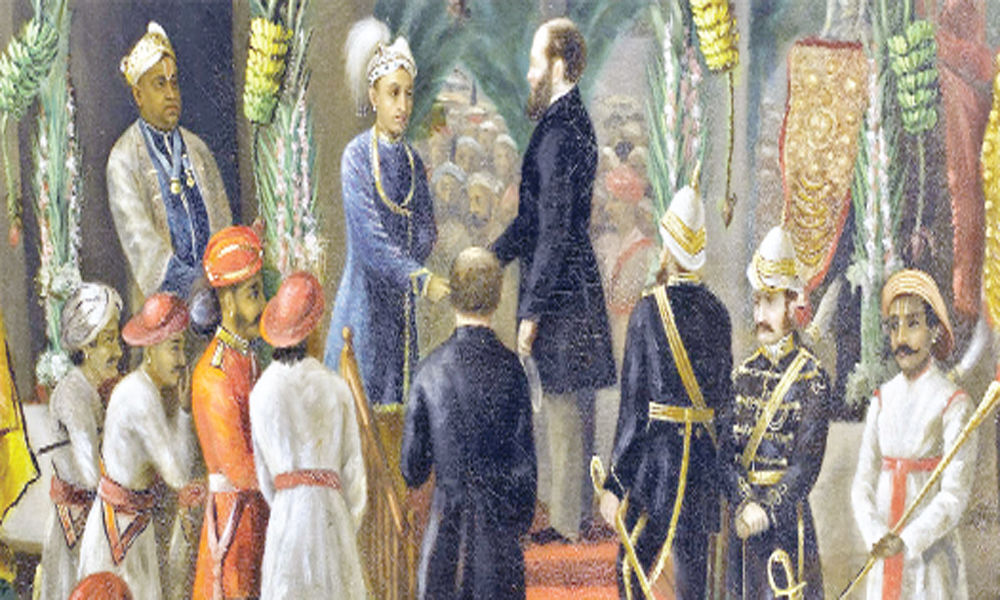 A 19th century painting of the Maharaja of Travancore by leading artist Raja Ravi Varma will go under the hammer at Saffronart's Spring Live Auction on March 26.

A 19th century painting of the Maharaja of Travancore by leading artist Raja Ravi Varma will go under the hammer at Saffronart's Spring Live Auction on March 26. The painting is among the 68 works that will be auctioned on behalf of the tax recovery officer of the Income Tax department. Varma's oil on canvas painting, estimated between Rs 12-18 crores, features the Maharaja and his younger brother welcoming Richard Temple-Grenville, the third Duke of Buckingham and Chandos, Governor-General of Madras (1875-80), on his official visit to Trivandrum.

Also, part of the sale will be Akbar Padamsee's "Grey Nude"(1960), estimated between Rs 1.5 - 2 crore. Painted in 1960, a year after the artist moved from Paris to Mumbai, the painting was one among a series of monochromatic grey works that he painted that year. However, leading the sale will be an untitled oil on canvas by VS Gaitonde. In the 1973 work, Gaitonde creates a deep, smouldering crimson surface, interspersed by dark horizontal bands that appear palpably dynamic. Two yellow orbs punctuate the painting in the middle, while a larger dark circle emerges from the lower half.

The artist is believed to have conjured a "deeply spiritual world evoking associations of nature and philosophy through this delicate balance between colour, space, light and texture". "The selection and appointment of Saffronart as the official auctioneer on behalf of the Tax Recovery Officer, Central-3, Mumbai, Income Tax Department, Government of India, is a distinct honour for us.

This is the first time a professional auction house has been appointed for an auction of this nature in India," Dinesh Vazirani, Saffronart CEO and co-founder said. The sale will also feature detailed contemporary ink works and sculptural digital paintings by five Chinese artists including Wu Yi, Ge Guanzhong, Xu Lei, Miao Xiaochun and Chen Ke.