Abrogation of Article 370, a masterstroke 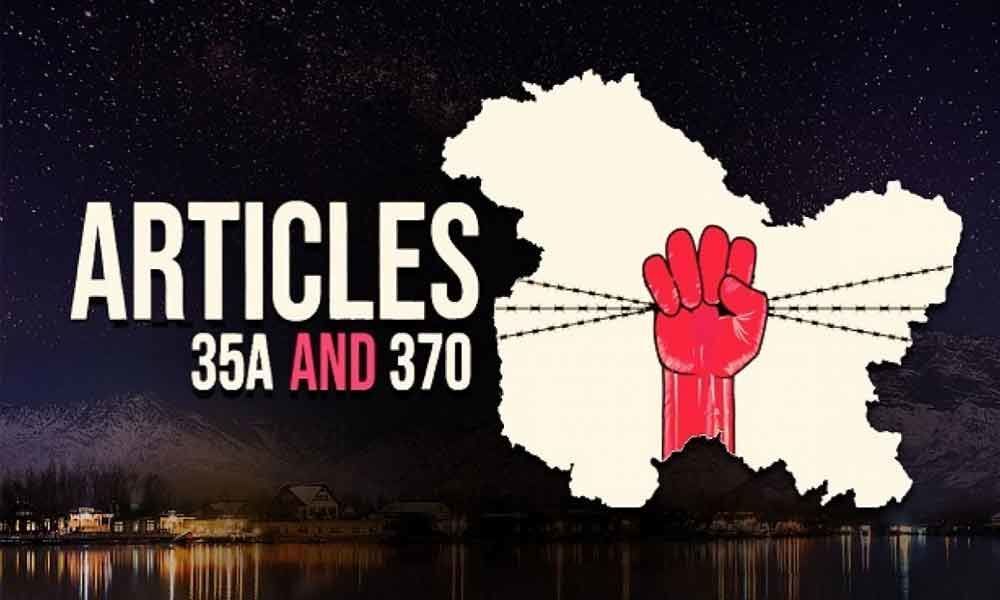 Normally certain portions of the manifestos of political parties keep on recurring from one manifesto to the other.

Normally certain portions of the manifestos of political parties keep on recurring from one manifesto to the other. They are perceived both by the parties as well as the public as statements of intent and neither take seriously their implementation.

When in 2019, BJP manifesto removal of Article 370 and 35 A was mentioned, the expectation from the public was also the same.

But suddenly during the last days of this parliament session the presidential order removing Article 370 as well as 35 A was brought to the parliament for its approval.

It was Subramaniam Swamy who right from the beginning argued that there was no need for a constitutional amendment to remove Article 370 and 35A.

Jammu and Kashmir will have a legislature whereas Ladakh will be a union territory without legislature.

This unexpected move from the government has left the opposition ranks divided and confused. It is undisputed the mood of the nation wanted removal of these Articles.

Gauging the same number of opposition parties including regional parties backed the proposal which facilitated the bill sailing through smoothly in the Rajya Sabha where the ruling party had problems with numbers in getting its bills through.

The main opposition Congress party decided to oppose it and stood isolated. This decision of theirs may severely damage the very existence of the party itself since the popular will of the nation wanted them to go including the minorities.

Internationally also this looks to be the right time to address this problem since Pakistan is at its weakest.

Financially crippled, under close monitoring by international organisations for terror funding , beset with its own internal problems of Balochi national movement it will not be in a position to escalate tensions by taking active part across the border.

Like the opposition in the country Pakistan was also taken by surprise and didn't know how to react to this situation with its options getting limited.

The diplomatic management by government of India was very successful with most of the countries terming it as an internal affair of India. Attempt by Pakistan to internationalise the issue found no takers.

Government of India was able to properly cover the security arrangements keep the situation under control. What Government of India needs to guard against today is the active involvement of Pakistan in aiding and abetting terrorism to keep the issue burning.

That will be least cost option for Pakistan and they have already successfully tested it in Kashmir. Success of Government of India in containing this and then engaging local population and leadership would be crucial in days to come.