Pak has no business to meddle with India 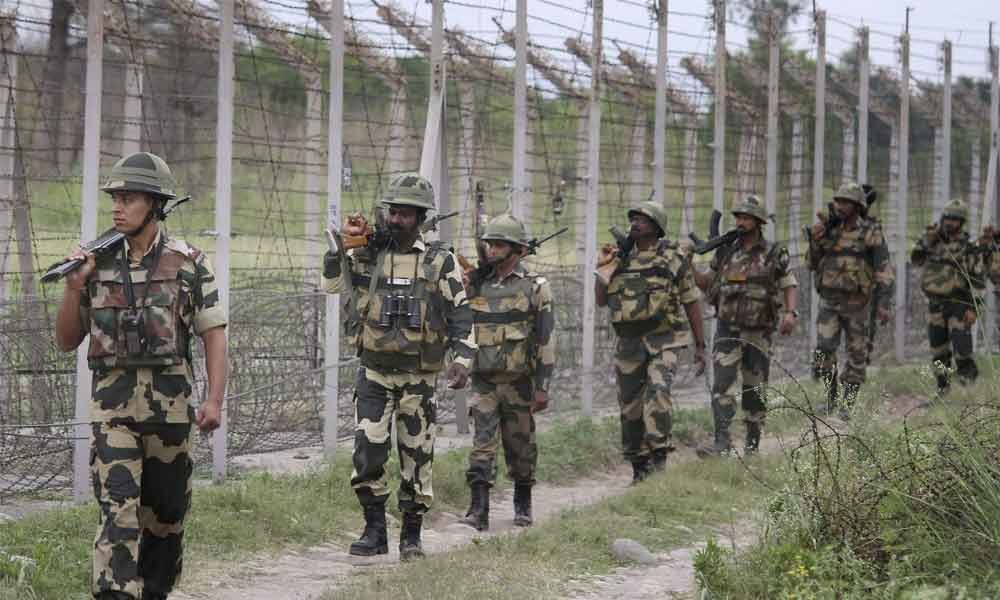 Pakistan has no business to interfere with Indian affairs.

Pakistan has no business to interfere with Indian affairs. India's neighbour has for the first time caught unawares of the move Indian government has taken swiftly without leaking even an iota of its plan to abrogate the autonomy of its State Jammu and Kashmir and convert it into Union Territories.

Even before Pakistan understood what happened, it happened. The speedy executive and legislative decisions of the NDA government invited critical remarks from a section of experts and protests from Kashmir.

But that will not give any legitimate authority to Pakistan to speak what it has spoken. Indian courts will examine its constitutionality.

Pakistan stated that unilateral move of revoking Article 370 could not change the nature of the Kashmir dispute. Certainly, it is a unilateral move because, Pakistan has no role to play in political decision of India.

Pakistan has unilaterally downgraded the bilateral relationship with India, as a reaction to the resolutions of the Indian Parliament. This is uncalled for.

Coming to changing the nature of the Kashmir dispute, one can say that cannot happen unilaterally. Unless Pakistan stops exporting terror to India, the nature of dispute over Kashmir will not change. With unilateral withdrawal of diplomatic relations will also aggravate the dispute.

The part of the State in Indian control "is an internationally recognised disputed territory…. No unilateral step by the government of India can change this disputed status, as enshrined in the United Nations Security Council (UNSC) resolutions.

Nor will this ever be acceptable to the people of Jammu & Kashmir and Pakistan…. As a party to this international dispute, Pakistan will exercise all possible options to counter the illegal steps…

Pakistan reaffirms its abiding commitment to the Kashmir cause and its political, diplomatic and moral support to the people of Occupied Jammu and Kashmir for the realisation of their inalienable right to self-determination".

"No comments," was her response. This is the follow up of the recent meeting of Pakistan's permanent representative to the UN Maleeha Lodhi and Pakistan Prime Minister Imran Khan's statement in the country's Parliament that his government will take the matter to the world body.

However, UN Secretary-General Antonio Guterres appealed to both India and Pakistan to exercise "maximum restraint" and said he has been following the situation in Jammu and Kashmir.

"The Secretary-General also recalls the 1972 Agreement on bilateral relations between India and Pakistan, also known as the Simla Agreement, which states that the final status of Jammu and Kashmir is to be settled by peaceful means, in accordance with the Charter of the United Nations."

Both the countries agreed to resolve all disputes bilaterally without allowing any other party to meddle with or mediate between. This is the most breached clause of the agreement as far as Pakistan is concerned.

On its part, New Delhi rightly asked Islamabad to review its decision so that normal channels for diplomatic communications are preserved while strictly maintaining that its steps in Jammu and Kashmir are an "entirely internal affair".

By stating publicly to the world that both countries cannot resolve Kashmir bilaterally and that Trump should take over, Imran became the first Pakistani leader to formally disown the three earlier agreements.

Having torn up the Simla Agreement and thrown its shreds in the reflecting pool, he is now charging India with violating it. It may sound like I am turning the knife, or a cheap shot, but this is the exact definition of nau sau choohe kha kar billi hajj ko chali (the cat goes for a holy pilgrimage after eating 900 rats).

Repeat… In the past, India sought big power help to press Pakistan to mend its ways. Now, Pakistan is doing so. And realising its limitations and diminished stature.

Meanwhile, Russia has supported India's steps. Russia said that the changes in the status are within the framework of the Indian Constitution and hoped that the differences between India and Pakistan are resolved bilaterally on the basis of the Simla Agreement and the Lahore Declaration.

Interestingly the steps taken regarding J & K attracted relatively positive response from the first Sadar I Riyasat Karan Singh, son of Raja Hari Singh. He said that he would not personally agree with a blanket condemnation of these developments. There are several positive points.

"Ladakh's emergence as UT is to be welcomed… The gender discrimination in Article 35 A needed to be addressed as also the long-awaited enfranchisement of West Pakistan refugees and reservation for Scheduled Tribes will be welcomed… "There will be a fresh delimitation which, for the first time, will ensure and fair division of political power between the Jammu and Kashmir regions."

"The drastic measure appears to enjoy overwhelming support of Parliament as well as around the country including Jammu and Ladakh. I have been pondering deeply over the situation… the creation of Ladakh as UT was something I suggested way back in 1965 as the

"With regard to Kashmir, where a broad spectrum of people may be feeling mortified, I feel it is important for the political dialogue to continue. It is unfair to dismiss the two main regional parties as being anti-national.

I would urge that leaders of legitimate political parties in Kashmir be released and a broad-based political dialogue initiated with them," said Karan Singh.

Though international community criticised India for not ascertaining the people's views through plebiscite, which was promised by Nehru to the UN, it was the Pakistan which obstructed it.

The UN SC's ceasefire call was honoured by India, while the Pakistan is yet to withdraw from its occupation of Kashmir, which is called PoK. The Plebiscite is supposed to happen after Pakistan withdraws occupation and India minimises the presence of armed forces.