The communication standpoint of Artificial Intelligence 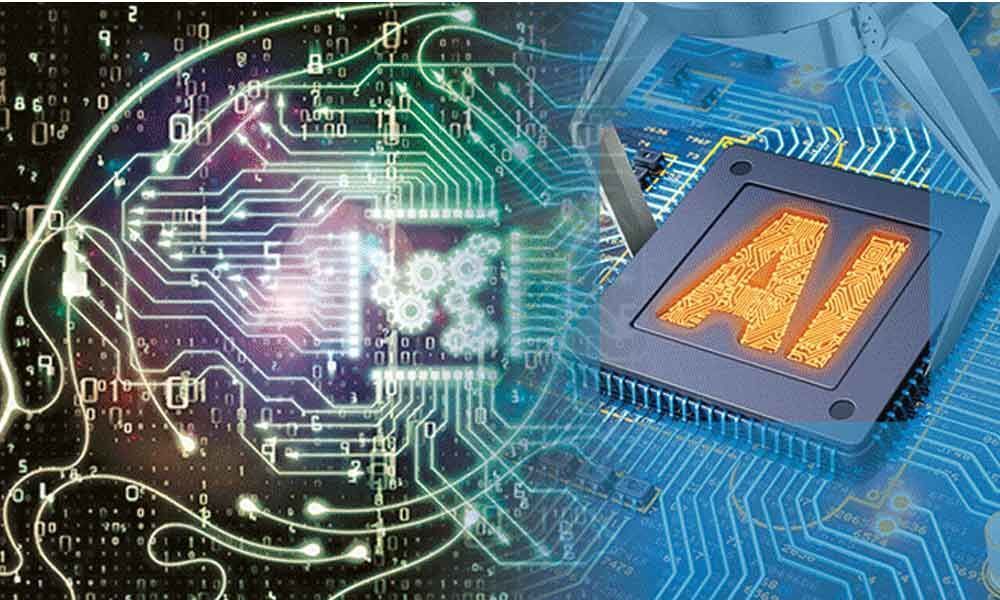 Communication is the decisive sharing out of all sorts of human involvements — an influential aspect of human life.

Communication is the decisive sharing out of all sorts of human involvements — an influential aspect of human life.

The developments in communication are as deep-rooted as the enlargement of humankind itself.

Irrefutably, technology has long been a lasting influence behind advancements in communication. Nonetheless, contemporary technologies are profoundly altering the manner of human communication.

Due to expansions in 'Artificial Intelligence' (AI) and in the 'Internet of Things' (IoT), the conservative forms of communication are rapidly becoming outdated.

Due to such many expedient features as fastness, easiness, and more convenience of these forms of communication, the new technologies have taken over the entire space of communication.

Simply put, Artificial Intelligence is the facility of a computer program or a machine to think and deliver just like humans.

In fact, AI is facilitating people to approach creative activities in a manner that bear a resemblance to mathematics — muddling the line between art and science.

Artificial Intelligence comes to be ubiquitous with social media for the reason that AI is an essential component of the algorithms of vital social media networks.

There is no doubt that communication is the most dominant factor in conceiving ideas for better efficacy.

Artificial Intelligence is not only the governing factor in business communications but it also has the capability of transforming communication within the workplace.

Unarguably, AI fosters solid workplace communication. With the use of analytics, it can signpost the success of communication whilst submitting feedback on such aspects as presentation skills, areas of strength and weakness.

Besides, AI is also supportive in gauging individual factors like a response to the presentation content, style and length.

Thus, AI serves to heighten the method of communicating. The feedback of AI includes systems to resonate with the target audience — leading to more personalised and targeted communication.

Artificial Intelligence plays an energetic role in vocalising ideas. According to a guesstimate, above 90 per cent of communication in a business presentation is non- verbal in nature.

As a result, AI takes into account each and every single subtle cue and response to precisely evaluate the entire presentation.

This feedback becomes more significant in both business communications as well as in workplace communication that is desperate for all business setups.

Artificial Intelligence has entirely transformed the way business communications take place. Also, it has changed the functioning of industries and the way employees conduct themselves.

Across the industries, nowadays, employees use apps with cross-platform compatibility that allow fast and effective communication. Such apps also include various messenger tools embedded with automation and bots.

They automate many communication features like scheduling emails, instant responses to emails, and reminding forewarns, etc.

At this time, our lives are subjugated by smartphones. Even mobile devices use AI effectively.

In our everyday life, Google Assistant and Siri have become an indispensable part — they help in getting easy access to everything without essentially giving manual instructions over the mobile phone.

However, there is a hidden threat in this form of communication — AI gets access to the most subtle information stowed in mobile phones.

Yes, it turns into a debatable question that AI is a boon or bane.

There is no doubt that with the development of AI, machines can complete almost all tasks with a precision that necessitate human intelligence — at a much larger scale than human beings.

In unison, AI has triggered unease among the masses — because — in due course, it may completely melt down the jobs undertaken by the humans.

As technology has improved and the scope of AI has extended, there arises a tautness between art and science.

For example, in the industry of leadership communication, AI has already substituted natural human intelligence.

From times immemorial, as communication has in general, public speaking has been well-thought-out as an art.

It has been a conventional belief that a person can be great at mathematics and science or great at writing and speaking, but not both.

Nonetheless, due to Artificial Intelligence, now mastering both is not overly complex.

All that makes it a possibility is to programme machines to identify the attributes like listen, act, engage, etc that makes an audience respond.

Then, AI can be incorporated in machines to measure enough factors in communications such as usage of words, voices, gestures, etc.

This would, certainly, influence the audience reactions. The data thus gathered can be used to develop algorithms — to build a brainy machine that enhances the impact of communication.

From employment to economy, and from warfare to peace communication, Artificial Intelligence is transforming the nature of every aspect of human life.

However, there is a dilemma associated with Artificial Intelligence — whether it is advancing towards making this planet a better place to live or a place full of disaster.

Similar to every other technology, the advantages and disadvantages of Artificial Intelligence outweigh each other.

But, considering the very fact that machines that use Artificial Intelligence are also man-made, it could be envisaged that in the long-term the machines using AI will have more advantages to overshadow the disadvantages.

Nonetheless, if it becomes otherwise, there would be a great threat to humankind.

Technological advancements have made humans to embrace a more advanced form of Artificial Intelligence in communication and various other sectors.

On the other hand, there is a possibility of many protests in the context of unemployment, information breach, privacy, etc, caused due to Artificial Intelligence.

Thus, it ever remains an unsettled question — whether or not Artificial Intelligence is good for humankind!