The perceived privilege of VIPs 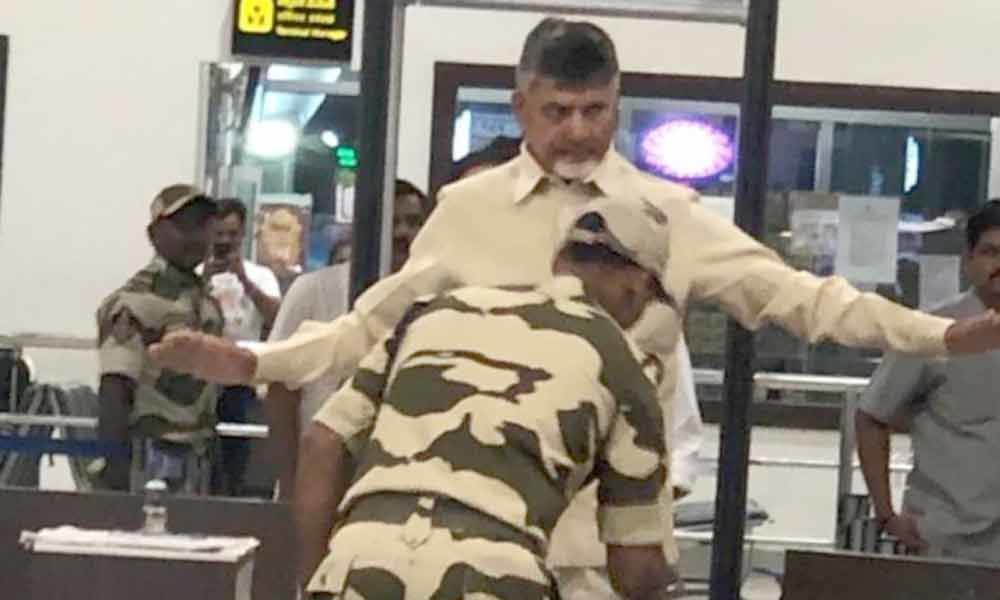 Chandrababu Naidu, presently the leader of the opposition in the AP State assembly while travelling from Vijayawada to Hyderabad recently

Chandrababu Naidu, presently the leader of the opposition in the AP State assembly while travelling from Vijayawada to Hyderabad recently was frisked by the security personnel at the airport and had to travel along with other passengers in a bus to the airplane.

Next day in the local newspapers the photo of his being frisked made headlines and Telugu Desam party cried foul stating that the same was done with vengeance by the government and the protocol and security considerations of a person who is of a Z+ category have been ignored.

By evening the security wing of the civil aviation ministry clarified that direct entry is only for the governor and the chief minister and Z plus category will also be frisked and treated along with other passengers.

At the root of all this controversy is the perceived importance in the minds of VIPs and their followers and supposed privileges that go with it.

It is not uncommon to see in some of the European countries where even those who are in office prefer to take a public transport and sometimes are visitors to a public park on a bicycle and just go unnoticed.

Only consideration is security not so much protocol and privilege. But in India right from the colonial times we are used to treating the rulers as a separate class by themselves away from the public with a mai-baap mentality.

They live in the exclusive civil lines and are entitled to certain special perks and privileges.

Even after we became a democracy we continued with the same system of perks and privileges and the perceived and real security threats ensured a protective ring being thrown around VIPs of the country.

Without proper public scrutiny politicians got used to enjoying lot of privileges including travels in private aircrafts and have become the maharajas of democratic India. And when suddenly the reality dawns it becomes difficult to come to grips with it.

That is why we have leaders who cling on to palatial government bungalows even when they are out of power as if government accommodation is their birthright . They do not even pay the electricity and water charges.

It is now left to the courts to order them to vacate the bungalows and to direct them to pay the water and electricity charges.

It is this perceived VIP mentality not just the public figures but also by their family members responsible for their demanding a special treatment at the toll booths and other public places. The behaviour of the wife of a Minister of Andhra Pradesh at a toll booth recently is a case in point .

Those were early days of cell phone and international calls were quite expensive. With very lax control systems and public scrutiny politicians are able to enjoy levels of comfort and privileges which are otherwise not available to politicians in other countries with better systems of governance and public accountability.

This of course is with reference to those who are in governmental positions enjoying privileges much beyond the scale and entitlement due to ineffective systems of checks and accountability.

But in the case of Mr Chandrababu Naidu it is more a perceived privilege rather than an entitled perk. Some of the local media have tried to project as if he has voluntarily allowed himself to be frisked.

That may not be true . The privileges that were available to him as the chief minister have gone with the post . Sooner one realises the reality the better.

Clarification from civil aviation security clarifies that chief minister and governor are entitled for direct entry. I am not sure whether frisking is done before allowing them into the aircraft.