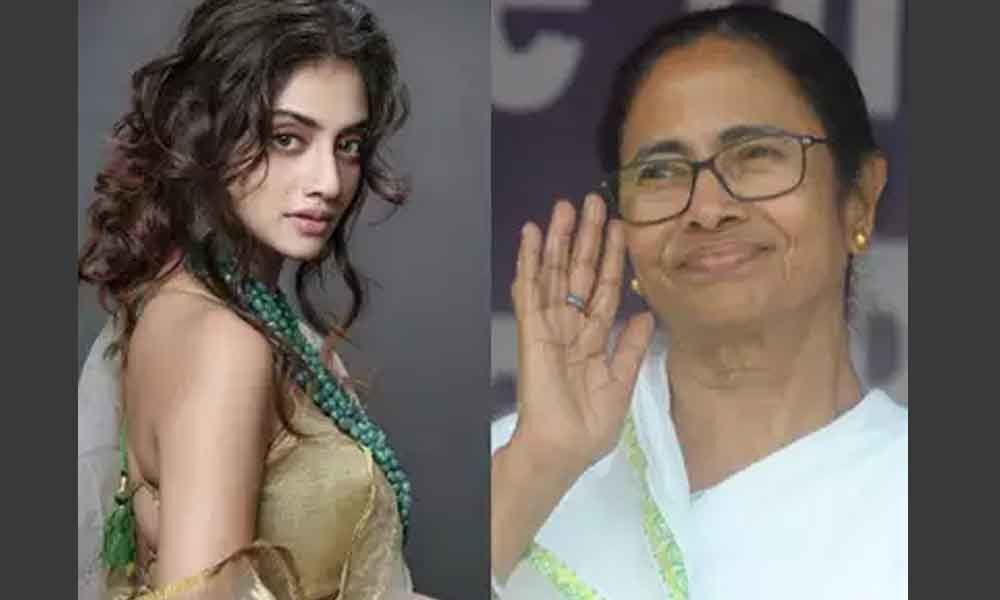 Bengali star and Trinamool Congress candidate from West Bengal's communally-sensitive Basirhat Lok Sabha seat, Nusrat Jahan says she is confident that her message of love will win over the people as they do not like violence.

Bengali star and Trinamool Congress candidate from West Bengal's communally-sensitive Basirhat Lok Sabha seat, Nusrat Jahan says she is confident that her message of love will win over the people as they do not like violence.

Trinamool chief Mamata Banerjee handpicked Nusrat Jahan to replace the sitting MP Idris Ali, who is one of the party's prominent Muslim leaders.

The 29-year-old actress says that the people have been responsive to her campaign.

"I have become Nusrat Jahan, the actor because I was able to connect with my audience very well. They have welcomed me with an open heart," Nusrat Jahan told IANS.

Spending nearly 12 hours a day campaigning in her constituency, the glamorous actor is mostly seen in sarees these days as she cris-crosses her largely rural constituency, adjoining Bangladesh.

Nusrat Jahan interacts with the people, hums a few lines from songs picturised on her, sometimes even accepts street foods like ghugni and rolls offered to her by vendors.

To her political opponents claims that she would not be seen in the constituency and Parliament after she wins, she says she will carefully balance the roles of a Member of Parliament and actor by being choosy with film scripts.

"Even if I do one film that would be one quality film a year," says Nusrat Jahan, who made her silver screen debut with Raj Chakrabarty's "Shotru" and has acted in around 20 films so far.

Asked if her fame will get converted into votes, she says: "It is not about me, the people know that voting for any other party will not cause them any good.

I am representing the party, which has worked for their good for years."

Nusrat Jahan, who once served as General Secretary of the Bhawanipur Education Society College Union, says though she was not really inclined towards politics, she has always been open to changes in life.

"My biggest weapon is the development that our party has brought in West Bengal.

I speak of love and humanity. I am here to bridge the gap. People of all communities love me equally," she adds.

The aspiring politician is aware of the drinking water problem in the area and says her party has been trying to resolve it.

With her BJP opponent recently courting controversy by asking the Central forces to shoot people in the chest if they tried to capture booths on the polling day, and threatened to confine the police to police stations, Nusrat Jahan, asked if Basu was lacking in love, said: "People do not like violence.

"There is always a third party which comes and instigates.

This actually breaks out into riots. Riots only cause misery to the people irrespective of whether they are Hindus or Muslims.

People do not want more misery, not in the name of religion for sure."