Women's empowerment in the 21st century 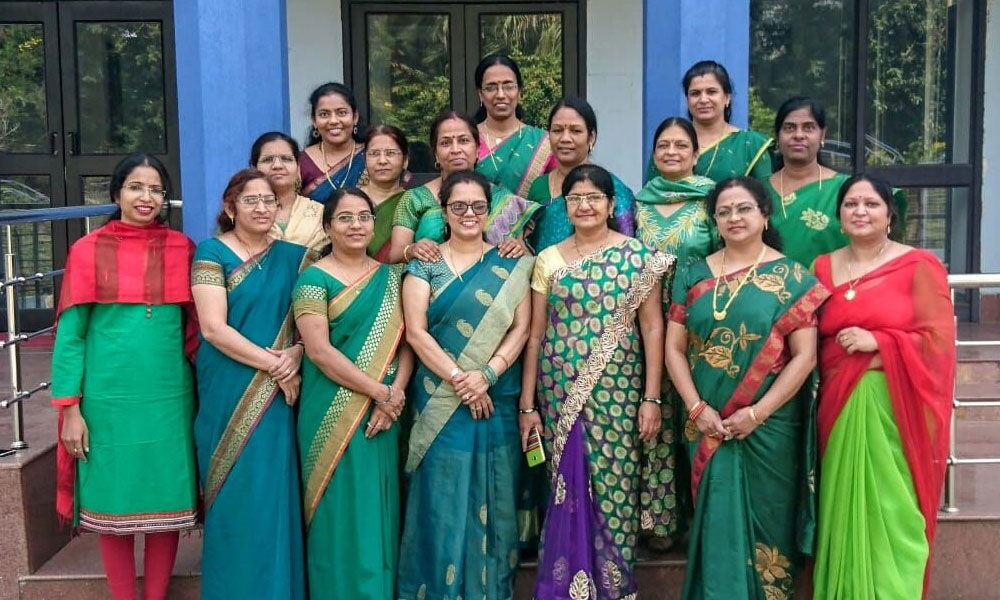 The earliest living organism was called gametes. This was unisex. Any two gametes mated and created offsprings. The stronger and larger gametes were...

The earliest living organism was called gametes. This was unisex. Any two gametes mated and created offsprings. The stronger and larger gametes were slow. They sat back and waited till the weaker and smaller joined them to produce offsprings. This difference led to the stronger gametes evolving as females and the weaker evolving as males. In this way the gametes gradually differentiated into female and male. Over millions of years, these differences evolved into different emotional makeup of the female and male.

Thus, Vinoba said, "Women have greater concentration than men... Their condition is more suitable for dhyana-yoga and bhakti-yoga. Men's condition is more suitable for karma-yoga and jnana-yoga." This difference is explained by yoga psychology in terms of chakras. There are seven psychic centers or chakras in the spinal cord of human beings. The chakra located in the throat is the centre of communication; and the chakra located near the heart is the centre of emotions. These chakras are stronger in women.

Thus, they are spontaneously able to understand what the child wants and are more emotional. The charka located behind the eyebrows is the centre of logical thinking; and the chakra located behind the navel is the centre of self-determination. These chakras are stronger in men. Thus, men are more aggressive usually do better in mathematics. The difference between female and male increases as we go up the evolutionary chain.

The second factor is that new technologies have dramatically reduced the energy required in homemaking. Electric lights, piped water, gas stoves, washing machines and vacuum cleaners have made it possible to make the home with maybe two hours of work a day. It is no longer necessary for the one member of the household to wholly devote her or his time to homemaking.

The future course of women's empowerment has to navigate between the above two touchstones — the increasing psychic difference between woman and man and the reduced time required for homemaking.

Let us assess the suggestions made for women's empowerment on the above two touchstones. One suggestion is that woman and man should share the works of homemaking such as cooking and washing clothes. This approach fails on the touchstone of increasing differences between women and men in the evolutionary trajectory.

The increasing differences mean that there will be greater separation and specialisation of works between women and men. The suggestion that woman and man should share the works of homemaking proceeds in the opposite direction — it negates the differences between woman and man.

Second suggestion is that women should be encouraged to "work" and become financially independent at par with men. Numbers of studies establish that working women having an independent source of income have more say in the decisions taken in the family; and they are psychologically healthier. These are welcome results of this approach.

The question is why we are seeking sharing of homemaking tasks and encouraging women to work when these strategies fail the two touchstones of psychic specialisation and reduced drudgery. The reason these are being pushed is because it leads to an increase in the supply of labour, lesser wages and higher profits for the businesses. The discourse has today shifted in a subtle way from inequality in the society to inequality within the family.

Thus, India has rapidly increasing numbers of billionaires and not a voice is raised against the social inequality that represents. We have become so engrossed with the equality between woman and man within the household that we have become numb to inequality in the society. Just as the clever cat ate the bread brought by the two foolish monkeys, smart ones are grabbing the resources generated by the foolish woman and man. Or, just as an industrialist makes money by making two trade unions fight against each other, the superrich are minting money by making the woman and man fight for economic equality within in the home.

Nancy Fraser, Professor of Political and Social Science and at The New School in New York City suggests three steps for a socially equitable women's empowerment. First, the denigration of "unpaid" homemaking work must stop. This is a social problem. Every human being wants respect. Women would not want to work and sleep 25 minutes less if they were given respect for their unpaid homemaking contribution. Second, the struggle against male domination must be combined with the struggle against social inequality. Women should be empowered both within the family and the family should simultaneously be empowered in the society.

A solution would be to create respect for homemaking and opportunity for women to work part time. That would pass both the touchstones. Respect for homemaking would enable women to devote more time to take emotional care of the children. Mothers today have to help children with their school projects and home work. These activities require emotional energy. At the same time, part time work would economically empower the women and provide the basic economic freedom necessary for their empowerment.