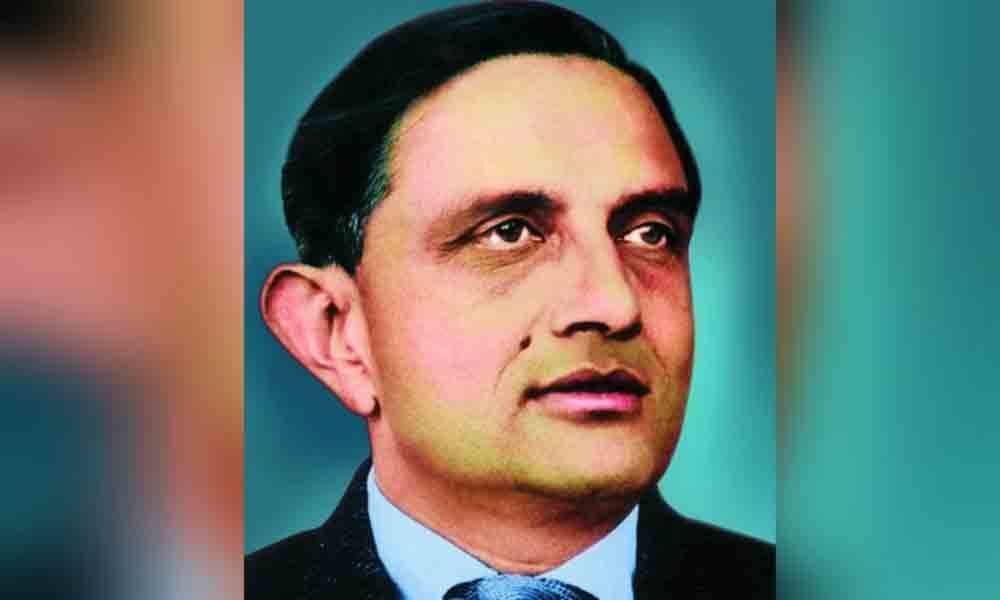 The doodle, illustrated by Mumbai-based guest artist Pavan Rajurkar, had a blue and white portrait of the renowned physicist along with moon, rocket and stars, outlining his association with space programs.

Sarabhai, often known as the father of Indian research program had established the Indian Space Research Organisation (ISRO) in 1962.

Often remembered as an innovator, industrialist and pioneer of space programs, he was the first one to sow the seed of India's moon mission by convincing the government of the importance of a space programme for a developing country.

It is in his honour that the ISRO had named its major space research centre in Thiruvananthapuram as the Vikram Sarabhai Space Centre.

Remembering Dr Vikram Sarabhai on his birth centenary, President Ram Nath Kovind paid his respects to the renowned scientist, hailing him as the "father of India's space programme."

"Remembering Dr Vikram Sarabhai on his birth centenary. Considered the father of our space programme, Dr Sarabhai was a stalwart of Indian science. He built several institutions; mentored & inspired generations of scientists. We cherish his services and his legacy," he tweeted.

Sarabhai was born on August 12, 1919, in Ahmedabad, Gujarat. Remembered as the founding father of the Indian space programme, Sarabhai set up the Physical Research laboratory in his hometown in Ahmedabad in 1947 which was a precursor to the ISRO. He passed away on December 30, 1971. (ANI)