Indian paddlers must pick and choose events ahead of Olympic qualifiers: Ex coach 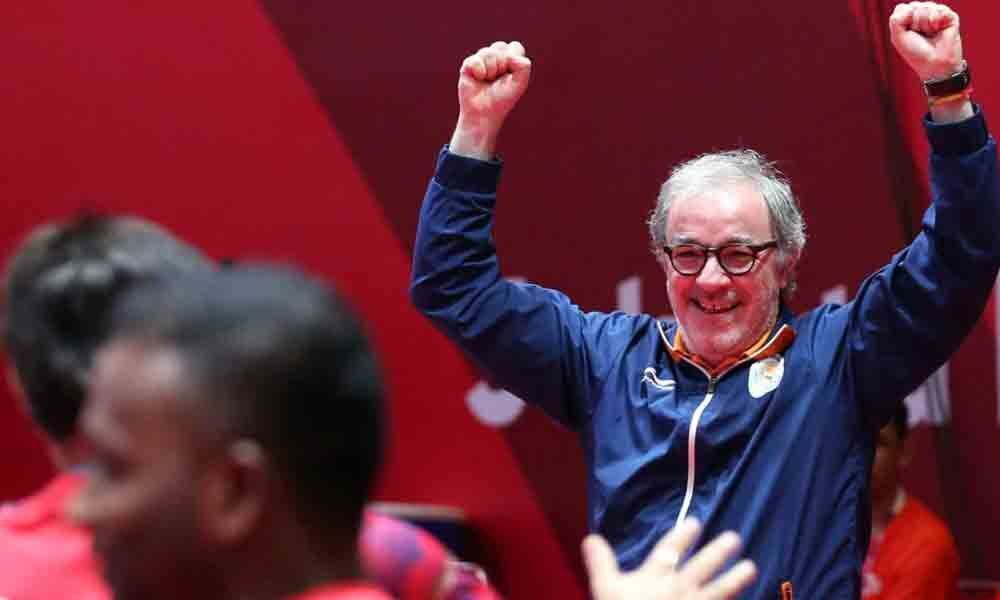 Under the Italian, India had made rapid strides with historic performances at the Gold Coast Commonwealth Games and Jakarta Asian Games, where the country ended a 60-year-wait for a table tennis medal.

However, Constantini had decided against renewing his contract last year citing personal reasons. Since his departure, Indian paddlers have been without the services of a national coach.

"Olympics is always very special. I think you have to analyse your opportunities and adopt a balance approach towards tournaments. Try to get the proper appetite and miss tournaments if the need be. They need to plan fitness and training well and strike the perfect balance," Constantini said on the sidelines of Ultimate Table Tennis league here.

"They have to combine the quantity of competition and performance. They must also prioritise their training plans. Now they have the qualification stage that they must focus on," he added.

Constantini, who is currently serving as the High Performance Manager at International Table Tennis Federation (ITTF), lauded the Indian paddlers for their good show despite being without a coach.

"Lack of guidance is a major problem. Being alone can be a weakness. Planning, guidance and support are very important for players. So I admire the Indian players that they are performing so well in spite of that. Manav (Thakkar), G Sathiyan and Manika (Batra) are doing very well. They have managed this period very well," he said.

The 61-year-old backed world number 30, Sathiyan, to give a good fight to his opponents at the Olympic qualifiers. "Sathiyan has a fantastic chance of qualifying for the Olympics. He can be a big threat for many players. In fact I feel Olympics is easier than the World Championships, which has more Chinese, Japanese and Korean competitors. Here there is a lesser number. So technically, Sathiyan has a great chance," Constantini said.

Constantini also revealed that he has remained in contact with the India paddlers and they are open seek his advice at any point of time. "I have not only been in touch but I have been following their performances on the ITTF website. Some have been still asking me what to do, what to change. Some personally text me which feels great," he said.

"But that is natural because after having done so much and achieved so much, I keep following them. Even in ITTF training camps, I meet them."

Talking about the duo, Constantini said if both the players go in with the correct mindset, then they can win at Tokyo. "All doubles are very unpredictable, that's the problem. But Manika and Sharath have an edge for sure. They have the authority to be promising candidates," he said.