Scientists say water in a Hawaii volcano crater is hot 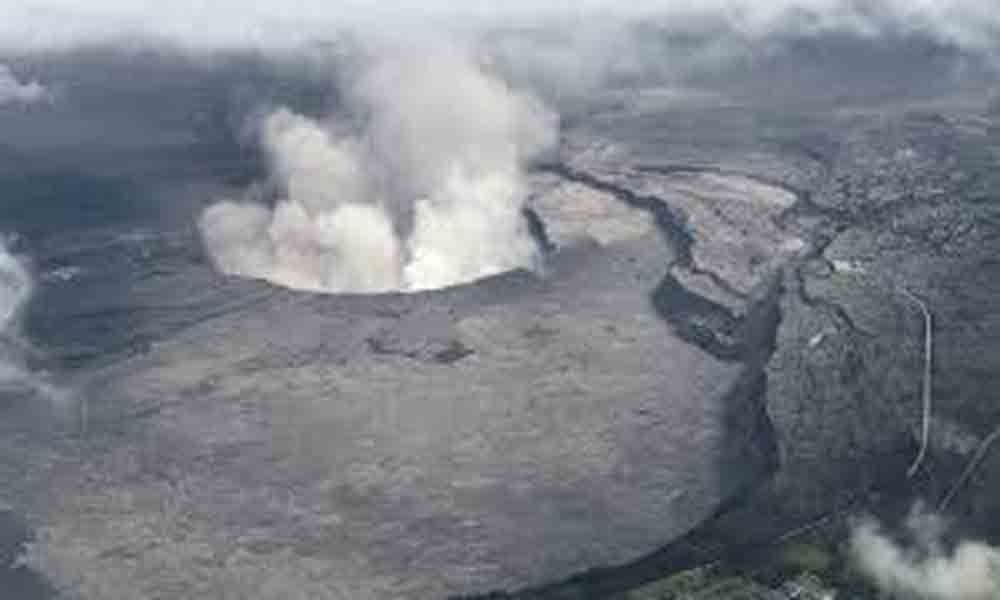 Scientists have discovered that the water inside Hawaii's Kilauea volcano crater is hot.

Honolulu (AP): Scientists have discovered that the water inside Hawaii's Kilauea volcano crater is hot. The US Geological Survey says temperature readings taken over the weekend show that a growing pool of water in Halemaumau crater, the former home of Kilauea's summit lava lake, is about 158 degrees Fahrenheit (70 degrees Celsius). Geologists also observed steam rising from the pond.

For the first time in recorded history, the presence of water in the crater was confirmed last week. Since then, scientists have found two other small pools of water nearby. The crater floor collapsed last summer and the lava lake disappeared as Kilauea stopped erupting for the first time in over 30 years. In certain circumstances, underground magma interacting with water can create explosive eruptions. Researchers say an eruption is not imminent.