Time to move away from technological slavery 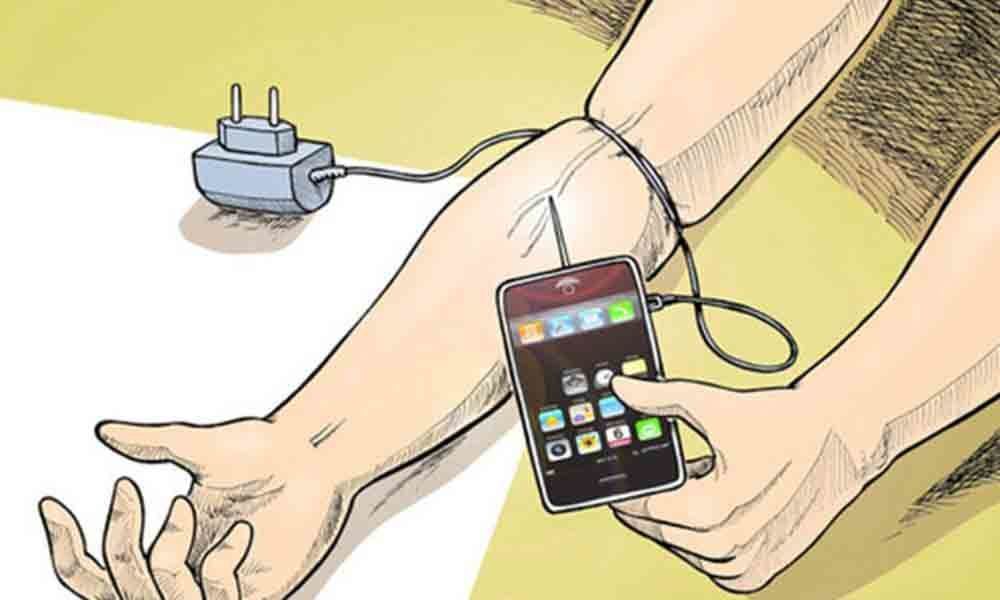 This is the time of chaos, turbulence and melancholy, all over the world, in particular in India. It is regrettable to witness many unwanted incidents like genocide, homicide, child and woman trafficking, abnormal mental and physical behaviours among children due to increasing divorce, extramarital affairs, cybercrime, suicides because of personal failures and in the craze of online games.

This is the time of chaos, turbulence and melancholy, all over the world, in particular in India. It is regrettable to witness many unwanted incidents like genocide, homicide, child and woman trafficking, abnormal mental and physical behaviours among children due to increasing divorce, extramarital affairs, cybercrime, suicides because of personal failures and in the craze of online games like Blue Whale and PUBG in the history of India in the recent decade. Social life is under utter despair and fright; people are panicky; government is apathetic; authorities concerned are unfair; hence this status quo of gloom everywhere in India.

The analysis of this situation elicits the following inevitable reasons for this state of affairs. Man has become a puppet in the hands of technology and is willing to spend more time with machines, not with his fellow human beings, in all walks of life. Almost all the family members are addicted to electronic gadgets like either TV or mobile and social media; resulting in various state of affairs both in personal and professional life.

Man has become a money-making machine and is exploiting the needs of others, taking advantage of the problems of others. Man is unable to show either sympathy or empathy over others problems, instead showing apathy and antipathy; trying to make money, taking advantage of others situations. The sectors of farming, education, medicine, media, cinema, TV etc. are all making business with the needs, emotions and problems of public.

For example, if we consider farming; agriculturists and businessmen suggested using chemical manures and fertilisers for high productivity, without researching the consequences of the use of these chemicals on the human body. Long after the effect of various unforeseen diseases and ailments, now, they are again suggesting the farmers to go for organic farming; by increasing the cost of organic products to enhance their business.

With regards to education sector, traditionally, we have a curriculum, which is embedded with moral studies, at every level. In the craze for technical education, the curricula have been revised, giving up moral studies and emphasising technical aspects. Moreover, children are over burdened with introduction of subjects related to higher education like IIT and Medicine in the school level itself. How do they bear such over academic weight in their formative years, when they are supposed to receive value based education with ethics and morals to achieve a self- sustaining personality, in order to stand themselves against all odds of life and to be a pillar to their family?

Because of the commercial attitude of both the educational institutions and parents, some of them are becoming robots for getting ranks and some of them are committing suicides notwithstanding the purpose of life. Even though, people are anxious to find a solution for the problems of cultivation, there has been no such effort, with regards to the pathetic situation in the education sector; still there is apathy from the side of academicians and bureaucats towards the problems of stakeholders.

Regarding the most revered service sector like medicine, getting MBBS degree has become a sour grape for a poor and middle class student and it has become the apple of eye for the rich. Moreover, most of the doctors are making business with their profession. They are not made answerable for the mishaps happening from their side. Many corporate hospitals are looting money from the public in the form of unnecessary tests and surgeries.

Media, supposed to play the role of fourth estate, ignores it's responsibility and try to focus on spreading fake news, making unnecessary hungama at the moment and disposing the issues in the next moment itself, without combating them; by pursuing other novel and crazy issues as it is obsessive only for enhancing its TRP rating.

Cinema, the most influential media, has not at all been conserving its role of being an anchor of mankind to lead the society in a right path; instead it is exploring and exposing the evil attitudes and ways of life, which misleads the society. One cannot deny the fact that the increase in crime rate and atrocities on women is mostly because of the diversion in the themes of the movies.

In addition to these, TV contributes its part in damaging the society. Let's consider the themes and portrayal of characters in serials, which comprises negative themes and perversions of men and women characters, which will have a destructive impact on the mindset of people. Can we deny that all these are not the causes of the chaos in the present society? Did we witness such mishaps in our society in the past days?

We don't know where we are going and where we land. Let's awake at least now and do something to safeguard our next generation and promise them with a secured lifestyle. It's the collective responsibility of all of us to revive the culture and tradition of India, once admired by the world for its legacy in civilisation and dharma.