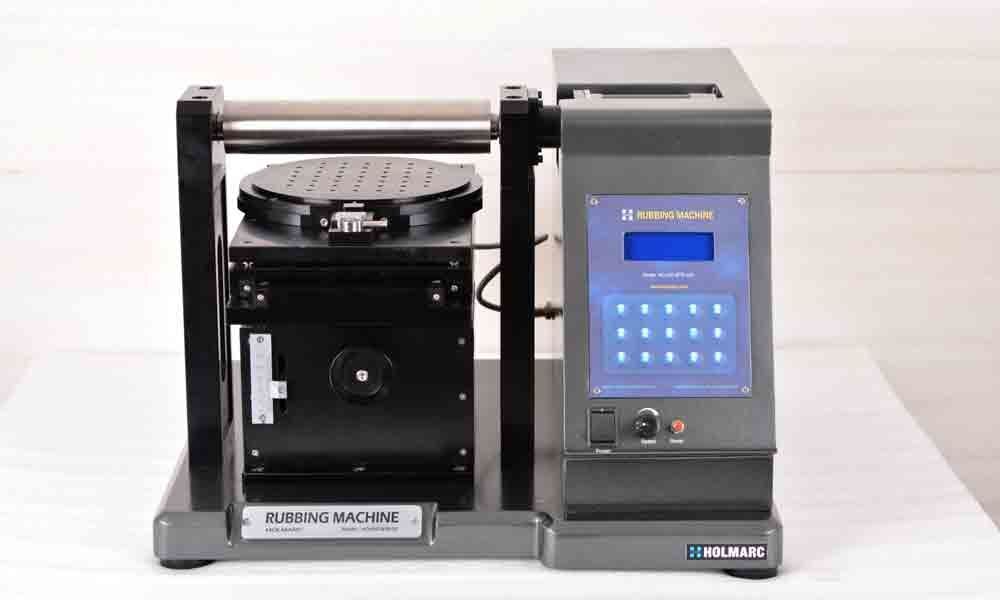 The University of Hyderabad (UoH) here Thursday announced a group of its researchers has developed and designed a low-cost, indigenous rubbing machine used in the manufacture of LCDs.

Hyderabad: The University of Hyderabad (UoH) here Thursday announced a group of its researchers has developed and designed a low-cost, indigenous rubbing machine used in the manufacture of LCDs.

Though LCDs are not manufactured in India, yet the advent of this technology is a step ahead in future, he said adding a patent has been applied for the machine.

It was expected the machine will not only encourage LCDs fabrication in the country but also significantly lower the production cost, he said.

"The proper anchoring of liquid crystal, a component required for visual image production, is achieved via rubbing. Internationally, the display manufacturing industries have large rubbing machines for in-house consumption and R&D purposes. But, researchers in India rely on manual rubbing process with not-so-well-reproducible results," the Vice-Chancellor said.

In view of its importance, a team led by UoH Professor Surajit Dhara, who has been working in the field of liquid crystals, designed the rubbing machine which is simple to operate, portable, and inexpensive, Podile said.

"Having the potential of creating new market forces across the globe, the machine is first-of-its-kind in India and the cheapest in the world. A patent has been applied in this regard", he said.

Currently, the technology, which has been transferred to a Kerala-based firm, is being used for R&D purposes for making prototypes and in studying fundamental aspects of liquid crystals and LC based devices.

Dhara said compared to similar imported rubbing machines which cost around Rs 50 lakh, the machine developed by them is ten times cheaper.