Bringing in 'Super Positivity' for Peace and Success in Life 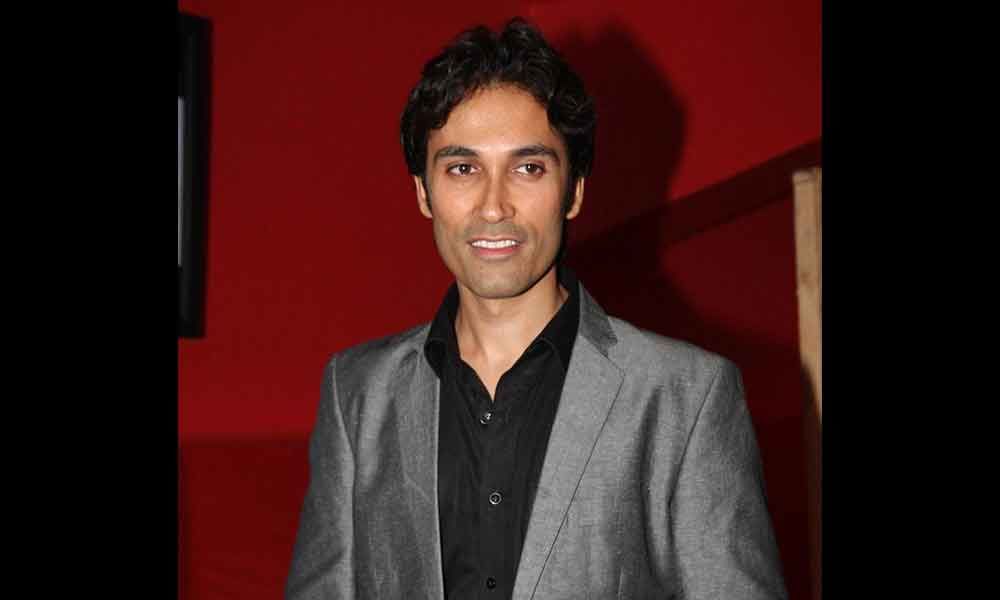 Motivational speaker Vickrant Mahajan unfolds the secrets of unlimitedness to be harnessed for overcoming negativities.

Introduction: Motivational speaker Vickrant Mahajan unfolds the secrets of unlimitedness to be harnessed for overcoming negativities.

Blurb: Vickrant Mahajan, the first-ever sports motivator and motivational speaker inspiring everyone with his speeches and bringing fruitful outcomes, shows the path towards positivity.

Vickrant Mahajan, a multifaceted personality, is proving that he is a master and jack of all trades. He is an actor, filmmaker, Mr India 2003 first runner up, a former editor at HarperCollins Publishers, bestselling author and multiple Guinness World Record holder. Also, he is the writer, director and protagonist of the Bollywood film 'Challo Driver'. Considered as a global pioneer of the 'Super Positivity' concept, he is the one who introduced this term in mainstream literature when he published his eponymous book in 2017.

About the concept of 'Super Positivity' he says, "Super positivity is synonymous with unlimited minutes with infinity, and another definition of super positivity that I go for is the total of all the positive qualities in the universe. There are over 150 positive qualities in the universe, and versatility is just one of them, so to express the status of positivity, one has to be versatile, which comes naturally."

Sharing about his journey, he says, "I was born in Jammu my father SK Gupta is a printer and my mother Veena Gupta is a homemaker and also a chef, so I was born into a joint family of 12 in Jammu. It's my mother's influence that has shaped my life the most incredibly and even I was small she would tell me that all is a prophecy that you want to do big things in life and you have to think big in life, stretch your potential, so that became like the late motive of my life."

On overcoming his challenges, he recalls, "I made 'Challo Driver' in 2012, which was one of the biggest box office disasters in Bollywood. I lost over five crore rupees. Adding to it, my marriage also ended, so I was going through a challenging time personally, professionally and financially. I tried my best to sustain myself for a year by writing scripts, meeting producers and film production companies. But nothing worked out, and I went to Jammu to my parents' house in September 2013.

Once I was back, I embarked on an intensive meditation journey, and I did a continuous 40 hours of meditation. During that meditation, my life path unfolded in front of me, and I was guided to activate this energy of super positivity which because I believe that the biggest negativity resides in each one of us."

He further explains, "So that's how super positivity movement came about, and on the eve of that of the first anniversary of that meditation in which my lifepath of super positivity unfolded, I intended to commemorate it with something iconic and decided to give the longest speech ever, which was about the power of super positivity that was my first Guinness World record".

After that, I wrote one of the books called "stretch yourself", so that kept expanding to another Guinness World record. I wrote and directed the longest play in the world and the largest greeting card, underwater painting, and so on. Super Positivity just kept leading me to become a higher and better manifestation of that energy."

He believes super positivity signifies unlimitedness. On this, he says, "See every negativity is born from limitedness from a limitation. So. when you start introducing and reinforcing universality to your consciousness in your inner being, you keep affirming and reaffirming that you are unlimited and born from unlimitedness. You will go back into unlimitedness and infinity. When you connect with infinity, and you express that infinity in your thoughts, words, feelings and above all in your actions, like I said that is super positivity, the total of all the positive qualities in the universe."

Sharing some tips on how to keep negativity away, he says, "The most fundamental tip I have is to activate super positivity and to rise above all negativity is what I call the super positivity chant, yes thank you universe. So, I repeat yes, yes, yes. Thank you, which is our biggest gift to the creator."

He further adds, "By collectively invoking this chant by saying yes Thank you Universe, yes Thank you Universe. I feel the most positive energy coursing through me, and by repeating it, I strengthen my feeling of affirmativeness, gratitude and unlimitedness. And this is one and the most powerful way to activate super positivity, and I share this with the people all over the world to chant these words as often as possible and to keep their focus just on these four words. And there are thousands of people who are already doing it, and this super positivity chant has enabled them to rise above their own negativity."

He derives his inspiration from the universe. "My biggest inspiration is the Universe, and my immediate role model is the tree. My biggest visual inspiration comes from the sky, and its infinite stretch inspires me. Among human beings, my role model is everyone who has invoked and activated their highest potential from Buddha to Guru Nanak Dev to Prophet Mohammad to Jesus Christ to Edison, Einstein, Michael Febs, and Nick Vujicic. They all are wonderful souls, wonderful expressions of the energy of the

About the Hyderabadis, he says, "I am in Hyderabad over the past ten days and had the opportunity to speak at various institutions and had the blissful opportunity to connect with students here and share the energy of super positivity with them. He expresses his love towards Hyderabad and the simplicity here, and he says I love the way so many diverse influences, whether it be technology, culture or food. I am always willing to share that super positivity with Hyderabadis and every human being on this planet."

Sharing about his plans, he shares, "I have been into 17 different professions and career streams that I have now immersed myself in and yes I zero set limits. But I do promise you that the one common motive inset running through all of them will be super positivity that whatever I do in life. Whether it will be movies, music, books, talks or the Olympic campaign as a part of which I am mentoring India's Olympic athlete for the 2020 Tokyo Olympics, there will be infinite expression to my super positivity."