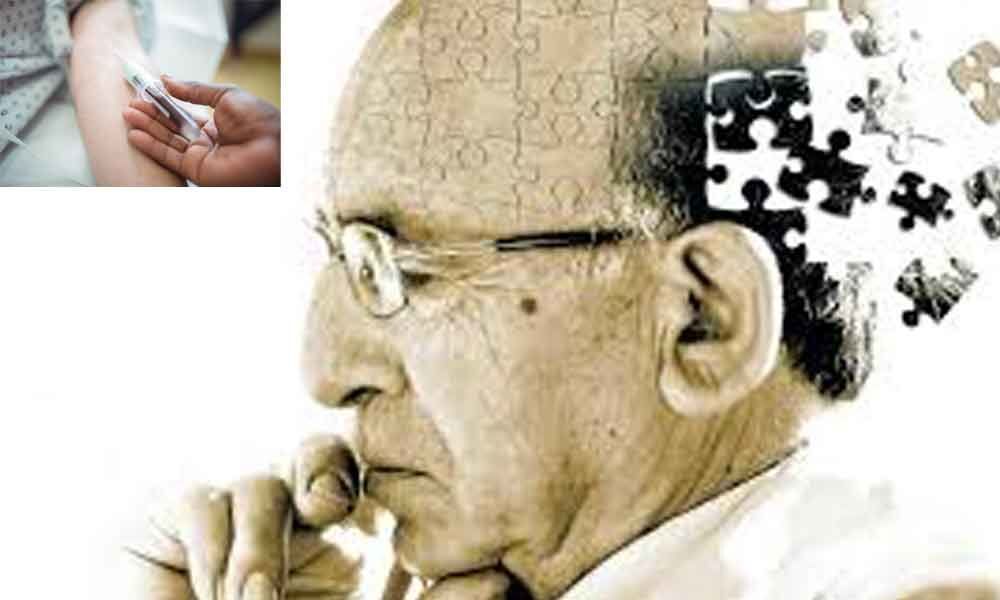 Researchers have developed a new test that could help doctors detect Alzheimer's disease eight years before the first symptoms occur.

London, May 4 : Researchers have developed a new test that could help doctors detect Alzheimer's disease eight years before the first symptoms occur.

Using current techniques, Alzheimer's disease, the most frequent cause of dementia, can only be detected once the typical plaques have formed in the brain.

At this point, therapy seems no longer possible. However, the first changes caused by Alzheimer's take place on the protein level up to 20 years sooner.

"Once amyloid plaques have formed, it seems that the disease can no longer be treated," said study co-author Andreas Nabers from Ruhr-University Bochum in Germany.

In Alzheimer's patients, the amyloid beta protein folds incorrectly due to pathological changes long before the first symptoms occur.

A team of researchers headed by Klaus Gerwert from Ruhr-University Bochum successfully diagnosed this misfolding using a simple blood test. As a result, the disease could be detected approximately eight years before the first clinical symptoms occur.

But experiments showed that the test was not suitable for clinical applications as the test provided false positive diagnoses for nine per cent of the study participants.

In order to increase the number of correctly identified Alzheimer's cases, the researchers have now introduced the two-tier diagnostic method.

To this end, they use the original blood test to identify high-risk individuals. Subsequently, they add a dementia-specific biomarker, namely tau protein, to run further tests with those test participants whose Alzheimer's diagnosis was positive in the first step.

If both biomarkers show a positive result, there is a high likelihood of Alzheimer's disease, said the study published in the journal Alzheimer's & Dementia: Diagnosis, Assessment & Disease Monitoring.

"Through the combination of both analyses, 87 of 100 Alzheimer's patients were correctly identified in our study," Gerwert said.

"Now, new clinical studies with test participants in very early stages of the disease can be launched," Gerwert added.